Key Difference: Diodes are important two terminal devices which are used in many electrical components. They fall into the group of passive electrical devices. Generally, they allow flow of current in only one direction and try to prevent the flow of current in the opposite direction. There are many different types of diodes, based on their specific characteristics and applications.

Diodes are important components of electronic circuits. A diode consists of two terminals. These terminals or electrodes work like an on-off switch. In on mode, a diode works like a short circuit which allows the flow of current, whereas in off mode, no current passes through it.

For identification the terminals are marked with plus and minus sign. It can simply be referred to as a p-n junction. There are various types of diodes which are identified by their circuit applications. They all have different schematic symbol also. Diodes can be classified into following types - 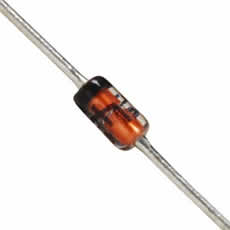 Zener Diode – This type of semiconductor diode is used excessively in electronic circuits. They are also known as reference diodes as they are capable of providing a stable voltage considered as the reference in circuits. They work the same way as an ordinary diode in the forward direction.

However, in reverse direction they work differently.  Voltage across the diode remains constant once the breakdown voltage is attained irrespective of the amount of voltage supplied to it. This particular behavior in the breakdown region can be obtained by either zener effect or by avalanche effect. 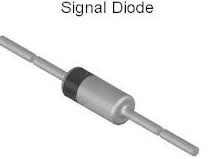 Signal Diode – These diodes are devised for processing information in the form of electrical signals in circuits. It needs to pass small current only which is upto 100mA only. 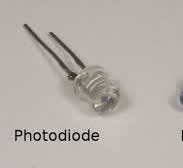 Photo diodes – these diodes are capable of converting light into current. It only works when light falls on it. The amount of electric current depends directly on the amount of light falling on it.

These diodes are mainly found in simple light meters. One important quality of these diodes is that they give instant response which can be measured in nanoseconds. The characteristics of all photodiodes get affected by change in temperature. 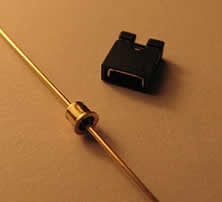 Tunnel Diode – It is also known as Esaki diode. It is based on the electron tunneling effect discovered by Leo Esaki. These diodes exhibit negative resistance, which means that increase in the voltage drops the current through it.

These diodes work properly in the microwave radio frequency region. They are used in oscilloscope trigger circuits. High speed and longevity are two important advantages of this type of diode.

Crystal Diode – It is composed of two different types of semiconductors which are placed just next to each other. These are also known as Cat’s whisker diodes. It is made of a thin shaped metal wire which is kept in pressing position against the semiconductor crystal.

The metal wire works as the anode, whereas the semiconductor crystals act as the cathode. These diodes are not used much today and hence are considered obsolete. 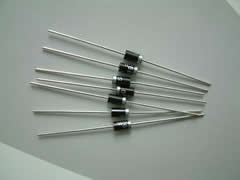 Schottky Diode – It makes use of a metal semiconductor junction which provides a lot of advantages in certain conditions.

This is due to the feature of very low forward voltage drop  possessed by this diode. It is also known for its switching speed; together, these qualities make it suitable to be used in RF applications. It also possesses much higher current density than in comparison to an ordinary PN junction. 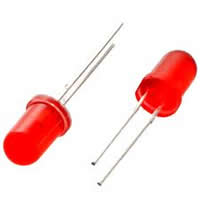 LED (Light Emitting Diode) – It is one of the most widely used semiconductor diodes. It is made of a specialized PN junction made by using a heavily doped semiconductor material. The PN junction of this diode is covered by a transparent and hard plastic resin shell. This shell is for the protection of the LED from vibrations.

They are preferred over normal bulbs for their energy efficiency and durability. They are made from semiconductor compounds like Gallium Arsenide and Silicon Carbide, due to which it is able to generate a distinct wavelength of color. 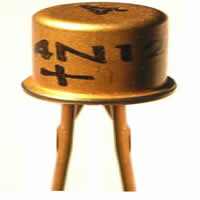 Shockley Diode – It comprises of two PN junctions, and therefore is also known as four layer diode. It is primarily used in switching applications. It acts as an open switch when is in the condition of forward biased.

Laser Diode – This diode is quiet the same as LED, but it is known for producing a narrow beam of a very high intensity. These diodes are usually used in optical fiber systems, laser printers, remote control devices, etc.

They generate a wide angle beam and have low power requirements. It is made by doping a vey thin layer on the surface of the crystal wafer. As the charge injection is used for providing power to these diodes, they are also known as injection lasers or injection laser diodes. 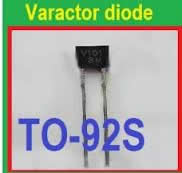 Varactor Diode – It is also known as a parametric diode or tuning diode. It provides a voltage-dependent variable capacitance. These diodes are used in radio frequency circuits.

They work under reverse bias conditions and are made just like a capacitor. The maximum capacitance level decides the maximum voltage that can be handled by the varactor diode.It is usually connected to a tuned circuit in parallel with already exiting capacitance or inductance.