Difference between SRAM and DRAM

Key Difference: Static RAM (SRAM) and Dynamic RAM (DRAM) are two types of RAM (Random Access Memory). They both are different from each other in many contexts like speed, capacity, etc. These differences occur due the difference in the technique which is used to hold data. DRAM makes use of single transistor and capacitor for each memory cell, whereas each memory cell of SRAM makes use of an array of 6 transistors. DRAM needs refreshing, whereas SRAM does not require refreshing of the memory cell. Both retain data till the time they are supplied with power.

These memories are Random Access Memory (RAM), and they are volatile, which means they are not retained for a longer time. RAM can also be referred to as a working memory storage area within the computer.  SRAM and DRAM both loses data once the power is removed. However, DRAM needs to be refreshed periodically. 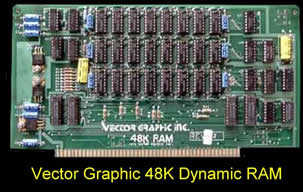 The key difference between the two is the technology which is used for holding data. Due to this key difference, other differences arise too. SRAM makes use of latches in order to store data (transistor circuit), whereas DRAM uses capacitors for storing bits in the form of charge. SRAM uses normal high speed CMOS technology for construction, whereas DRAM  uses Special DRAM processes for achieving optimized high density. Dynamic RAMs have a simple internal structure than in comparison to SRAMs.

SRAM is faster than in comparison to DRAM. However, DRAM is smaller as well as less expensive per bit.  The cycle time of SRAM is greater than that of DRAM and DRAM has more capacity than SRAM. DRAM is used as the main memory, whereas on-chip caches are usually SRAMs.

SRAMs havs been primarily designed for fulfilling two main requirements – 1. To provide a direct interface with the CPU at speeds which cannot be achieved by DRAMs 2. To take place of DRAMs in those systems which need a low power consumption.

not a much good

It was a great article, thanks!

thanks for these difference

Great article, but someone needs to fix the English errors. The meaning of some sentences isn't clear. (And I can't tell what they should say.)