Difference between Stevia, Truvia and Purevia 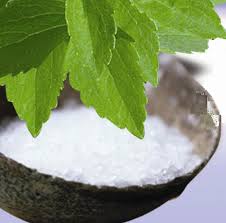 Stevia is a perennial shrub bearing sweet tasting leaves. Sweetener pills and powder are derived from the leaves of this plant. It is basically a South American plant which belongs to the Chrysanthemum family. The extracts from this plant are 200-300 times sweeter than sugar. However, they do not contain calories. Due to these characteristics, it is used as an alternative to sugar and artificial sweeteners.

The leaves need to go through many processing steps to derive the sweetener out of this plant. In foods, it is used as a non-caloric sweetener and also as a flavor enhancer. It was initially available as a dietary supplement in the U.S. It 2008, it was allowed to be used as a food additive. 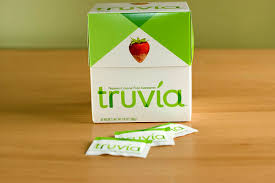 Truvia is a crystallized sweetener which resembles table sugar. The manufacturers distribute and market it as a tabletop sweetener and as a food ingredient. It was launched in 2008 and has gained a lot of popularity in the United States. It has been  developed by Coca Cola and Cargill, whereas, Purevia is developed by PepsiCo and Merisant. The ingredients of Truvia are Erythritol (a sugar alcohol), Stevia Leaf Extract, and Natural Flavors. It is used both as a tabletop sweetener and also as a food ingredient. 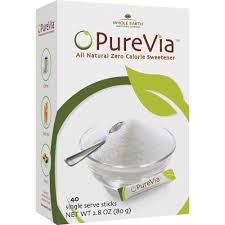 The company also claims that Truvia does not contain any genertically modified ingredients. According to the product’s website “ studies show that consumption of Truvía® natural sweetener has no effect on the glycemic index and is well tolerated by type 2 diabetics. Truvía® Baking Blend contains 1 gram of sugar per½ teaspoon.”

Purevia is often seen as a competitor of Truvia, as it is also a stevia based sugar substitute. As Truvia, it is also marketed and distributed as a tabletop sweetener and a food ingredient. It contains dextrose, cellulose powder, natural flavors as well as the stevia extract rebaudioside A. Truvia contains more erythritol than PureVia.

Purevia and Truvia are very similar as both have same types of ingredients.  The bulking agents and proportions of stevia are different in Truvia and Purevia, and thus create a different taste in both. Unlike Truvia, Purevia has a bit creamy flavor.

Comparison between Stevia, Truvia and Purevia: