Difference between Sunglasses and Glares

Key Difference: Sunglasses refer to eye wear glasses that block the harmful sun rays from reaching to the eyes directly and also guard the eyes from bright light. In India, sunglasses with dark coloured lens are also known as glares. Glares can also be used to refer anti-glare or polarized glasses.

What fascinates more in summer- a cool dressing style or the trendiest sunglasses and glares? You may think little bit to answer this one. No wonder that these sunglasses or glares are also used to enhance the style apart from their basic usage as an eye protector appliance. However, most of us use the terms glares and sunglasses interchangeably. In India, the term ‘Glares’ is also used as a synonym for the sunglasses especially the ones with dark lens. However, sometimes it may be used as a short name for anti-glare sunglasses.

Ultra violet rays emitted by the sun are harmful for the eyes and thus eyes need to be protected from these rays. Thus, sunglasses provide the protection from these dangerous rays. These rays can also damage vision by clouding eye lens and burning through the delicate film and cells of our retina. Sunglasses have been devised to protect the eyes from the ultra violet rays.  The intense lights can be blocked from reaching to the eyes. It is believed that good sunglasses can block up to 97 percent of light from entering the eyes. All sunglass lenses are tinted as this tint helps to cut down the brightness. 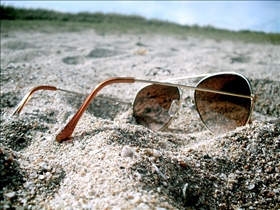 Glares may also be used to refer the polarized glasses, as polarized glasses are also known as anti-glare glasses.  Now, before understanding the glares in details, one must know the important term 'Polarization', as this is an important property.

Polarization is a property of sunlight. When the light falls in mediums like water or flat surfaces, it tends to reflect back and the direction is horizontally oriented. This creates a disturbing flash of light and is known as flash.

Polarized lenses contain a special filter that helps in reducing the glares and thus improve the comfort and visibility. The light that is reflected back from the flat surface is horizontally polarized and the lens of glares are vertically polarized and thus they are able to block the glare. 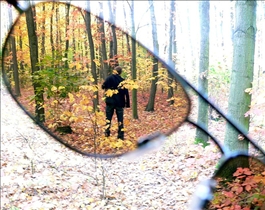 call all the sunglasses as anti-glare sunglasses. Polarized sunglasses or glares also come with certain disadvantages as they may reduce the visibility of images produced by liquid crystal displays (LCD) screens thus, images might not be clear in some devices like cell phones, GPS system screens and LCD screens.

In conclusion, we can say that glares are used to refer the sunglasses with dark coloured lens in context to its usage in India. It may also refer to anti-glare sunglasses as a short name for it. However, even if we use them interchangeably, there is nothing wrong in it as glares is not covered under formal words and thus can be used in various contexts.