Difference between Tattoo and Body Art

Key Difference: The main difference between Tattoo and Body Art is that Tattoo is a type of body art, while body is more of an umbrella term that includes many different techniques of art. 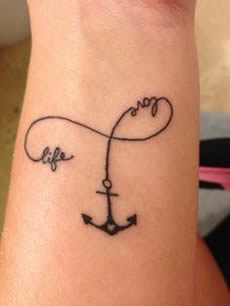 Tattoo and body art are two phenomenon that have taken the world by storm in recent times. It is a new trend causing everyone to jump on the bandwagon. Let’s understand what exactly each of the terms mean.

Body art is a form of art that either uses or is done on the body. Hence, it can be said that Tattoo is a form of body art, but not all body art are tattoos. It is similar to the mathematical concept of a rhombus being a square but a square not being a rhombus. Body art can be considered as any form of art that uses body, which may or may not make a statement.

However, in today’s world body art is most commonly used to referring to the phenomenon of body painting, either partial or full. Body art has now become an umbrella term for all forms of body modifications such as piercing, scarification, branding, subdermal implants, scalpelling, shaping, full body tattoo, etc.

Although, it seems like tattoos are a more recent common trend, tattoos have existed since the Romans and can even be dated back to Ancient China. Tattoos were initially pigments acquired from flowers or leaves that were then pressed into the skin by pins or needles in order to create a staining beneath the layer of skin. Tattoos can also occur naturally, according to the American Academy of Dermatology ‘natural tattoos’ are staining that occurs from injuries specially scraping on asphalt or hurting one self with pencil lead. These can result in a discoloration, which is considered as a tattoo.

There are also traumatic tattoos that are common in miners, who had coal powder or gun powder seep into woods resulting in permanent pigment changes in the skin color. Tattoos have been used since the beginning of time in certain tribes in order to mark someone important or a traitor. Certain tribes mark their people as a coming of age and right of passage. Other people use tattoos in order to show unity, such as gang members tattooing members of their gang. Tattoos have also been used in the past as identification purposes, such as marking slaves in order to distinguish them from the other free citizens. Similarly, Gladiators were also market before they were sent into battle. The largest known case of using tattoos as identification is the marking of the Jews with numbers as a way to keep the track of them in the Nazi Concentration Camps.

Although, they are still used widely for tribal purposes in certain areas of the world, majority of people use tattoos as a form of cosmetics. They get certain things that mean most to them on their body. Also, initially a permanent form, tattoos can now be removed by laser treatment. 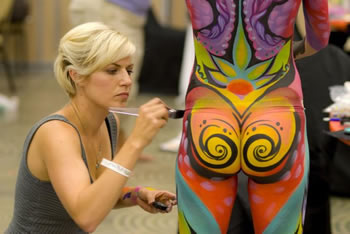 Body art is a wide term for many different types of body modifications. The most common usage of body art is for body painting, where washable or semi-permanent colors are used on the body to paint things.

While certain modifications can be done for cultural purposes, many body art is done for fashion or to make a statement. Body art has been around since the beginning of time, even if we exclude tattoos. Modifications such as elongating heads or necks exist in many African Tribes. Similarly, Japanese people are popular for the breaking of feet in order to make women’s shoe sizes small.

Body art can also be expressed via writing rather than painting. It can also include acting or portraying something. It has been used as a successful technique for many causes such as PETA’s campaign of pre-packaged human meat concept, and Marina Abramović’s dancing until she collapses from exhaustion. Similar to the PETA concept, it has been used to portray a cause. Body Painting is also used as a technique to show support at sport games.

The main difference between the two is that Tattoo is a type of body art, while body is more of an umbrella term that includes many different techniques of art.

Comparison between Tattoo and Body Art: