Difference between Turnover and Income

Key Difference: Sales turnover is the amount of money that is earned by a company after selling its products/services. Profit of a company, the earnings of the company after all the costs has been deducted. 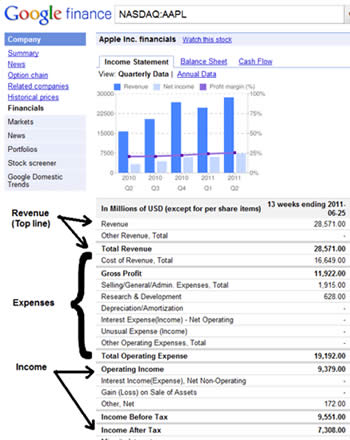 The terms turnover and income are often confusing because of its many synonyms. Each company uses its own terms on their financial statement resulting in more confusion. In many contexts, turnover is synonymous is revenue and sales. While, income can be divided into two gross income (also known as gross earnings, pre-tax profit) and net income (or net earnings, after-tax profit).

Turnover is the ability of a company to burn through assets. The term turnover can be referred to in a context of three things: Sales, Labor and Inventory.

Income is the amount of profit a company makes after all of its costs have been deducted. However, income can be divided into two sub categories: Gross income and net income. Gross income, also known as pre-tax income basically states that revenue – costs (everything but tax) is gross income. This is the income on which the tax will be charged. Net income, also post-tax income is just gross income – taxes. This is amount the company can finally call its own to do with what it wants. It can either reinvest the money or distribute it among the shareholders.

Comparison between Turnover and Income: