Difference between Vocation and Occupation

Key Difference:  Vocation and occupation are synonymous, referring to the work based on which one earns his or her livelihood. Vocation specifically defines the career or occupation that is considered suitable according to the person’s qualifications and personal inclinations. Vocation is also used to refer to the work that one does, due to strong natural inclination towards it. 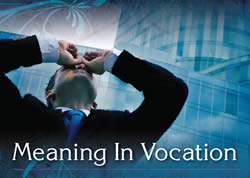 Many people get confuse between a vocation and an occupation. This is obvious as both are related to the work done by a person in order to earn a living. However, the word vocation can be interpreted in various forms. Both can be used as synonyms, but vocation is particularly used to define an occupation with certain specific attributes.

Vocation word came into existence in 15th century. It is derived from the Latin word vocationem meaning "spiritual calling”. It was initially adapted as a word that suggested a call made by the God.  In the later generations, various theological changes occurred and the term evolved. Later, it started referring to a synonym of work.

This was due to the belief that the God provides the opportunities to work and this is a calling from God. Around 1550, it started referring to one’s occupation or means of earning a livelihood.  Due to the history related to the word, it refers to the work for which a person feels an important inclination or natural interest (regarded as a call from the God).

Thus, it also emphasises on the occupation, that is considered apt, in terms of personal interest and qualifications.

Oxford Dictionary defines vocation as a “strong feeling of suitability for a particular career or occupation”.

1. A person's usual or principal work or business, especially as a means of earning a living; vocation: Her occupation was dentistry. 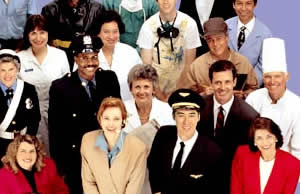 2. Any activity in which a person is engaged.

3. Possession, settlement, or use of land or property.

4. The act of occupying.

5. The state of being occupied.

The word occupation has been derived from Latin word occupare meaning ‘fill or take up’. It denotes the main work or business that a person does, in order to earn a living. Carpenter, driver, tailor, counselors and operators are all example of occupation.

Thus, we can say that they both are synonymous. However, vocation due to its original meaning, is also used in religious context. Today, it is most often used to indicate the work towards which a person feels special inclination or a job for which a person is considered to be suitable in terms of training, qualifications, etc.