Sugar is processed through a long process. First the juice is extracted, and then purified with lime and heat. Then it further processed, and it eventually separates into sugar crystals and molasses. The sugar crystals are bleached and refined to give the end product, which we buy at the supermarket. This is the traditional white sugar.

Brown sugar, which has gained popularity today, is white sugar with molasses added back in. Molasses is a by-product of the sugar production process and of the sugarcane fiber. When brown sugar is referred to as “raw sugar”, it is the sugar that has not been fully refined. This is before the process of removing molasses from the sugar crystals. However, commonly available brown sugar is the refined white sugar with added molasses. 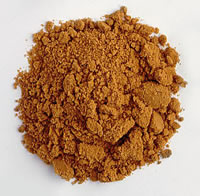 However, a cup of brown sugar also contains traces of a number of minerals, such as calcium, potassium, magnesium and iron, as compared to a cup of white sugar. Still, there are only very small amounts of these minerals present in brown sugar and they don’t actually make any significant impact on the body.