Key Difference: Aluminum foil is a thin sheet of aluminum that is less than 0.2 millimeters in thickness and can be used for various different things around the house. Tin foil is a thin sheet of foil made from tin. This was the most common type of packaging and insulating material used before the World War II, following which aluminum became the cheapest material and went into mass production.

Aluminum foils and tin foils are two different types of packaging materials, but tin foils have now become of obsolete. Aluminum foils have become the more common packaging due to it being widely available. Tin foils are less sturdy and stiffer compared to aluminum and can also leave a bitter taste in the food. The confusion between the two arises from the term tin foil now being used to refer to aluminum foil, because of the similarities between the two. 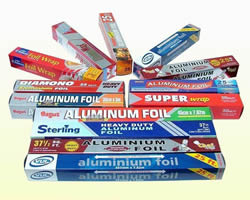 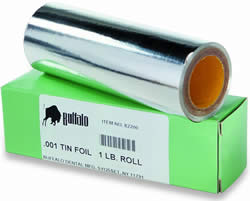 Tin foil is a thin sheet of foil made from tin. This was the most common type of packaging and insulating material used before the World War II, following which aluminum became the cheapest material and went into mass production. Tin foil is actually much expensive and less durable compared to aluminum foil. The term tin foil has actually stuck, with many people still referring to aluminum foil as tin foil in the US and the UK. This is mostly because of the similarities between the two in appearance.

In addition to tin foil, tin was also popular in cans. Tin foils were also used as a filling for tooth cavities before the 20th century. It was also used in recordings with the first audio recordings on phonograph cylinders were made on tin foil. These days, tin foils are used in electrical capacitors. Tin foils are made using a similar process to aluminum foils; the foil is rolled from a thin leaf of tin. Tin foils are actually stiffer than aluminum foil and can leave a bitter taste to food wrapped in it. Tin was replaced by aluminum in the 1910s, but the name tin foil is still widely used.