Difference Between ASP and ASPX 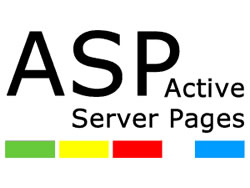 .asp is the filename for a page designed by ASP. ASP stands for Active Server Pages. It is commonly known as Classic ASP or ASP Classic. It is a server-side scripting environment that is developed and released by Microsoft. It was Microsoft's first server-side script engine for dynamically generated web pages. ASP was originally released as part of the Windows NT 4.0 Option Pack. It was meant to be an add-on to Internet Information Services (IIS). Since, then ASP has been superseded by ASP.NET, another product by Microsoft.

.aspx is the filename for a page designed by ASP.NET. ASP.NET is a server-side Web application framework. ASPX stands for Active Server Pages Extended. It was designed for Web development to produce dynamic Web pages. It is actually the successor to Microsoft's ASP. It was released in January 2002 with the .NET Framework. It is mainly used to build dynamic web sites, web applications and web services.

Some differences between ASP and ASPX: