Difference between Borderline and Narcissistic

Key Difference: Borderline Personality Disorder is a mental condition in which people experience reckless and impulsive behavior, unstable moods and relationships. Narcissistic Personality Disorder (NPD) is a medical disorder in which people exhibit unstable and intensive emotions. The patient experiences an inflated sense of self-importance and superiority compared to others.

There are various medical conditions that exist, which are often similar in nature and require a screening process in order to distinguish them apart. As any medical show would tell you, doctors go through an extensive process of elimination in order to separate medical conditions based on the symptoms exhibited by the patient. Many time two conditions may co-exist making diagnosis and treatment very difficult. Borderline and Narcissistic are two conditions that are often hard to diagnose as they have a few similar symptoms. 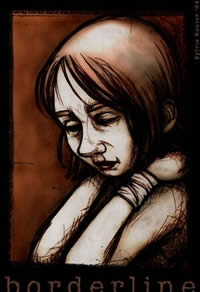 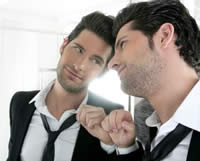 Narcissistic Personality Disorder (NPD) is a medical disorder in which people exhibit unstable and intensive emotions. The patient experiences an inflated sense of self-importance and superiority compared to others. Web MD defines the disorder as, “Narcissistic personality disorder is further characterized by an abnormal love of self, an exaggerated sense of superiority and importance, and a preoccupation with success and power.”  Patients suffering from this disorder actually suffer from insecurity and a fragile self-esteem and are believed to be use self-absorption to conceal these issues. These patients also lack empathy for other people.

Narcissistic personality disorder was discovered in 1968 and was originally referred to as megalomania. The term ‘narcissistic’ is derived from the Greek youth Narcissus, who fell in love with his own reflection on the banks of a river. Similarly, people that are associated with his condition are often believed to exhibit symptoms like falling in love or having an obsession with oneself. Research suggests that men are more prone to be diagnosed with this condition than women. NPD patients often exhibit behavioral traits such as arrogance, lack of empathy, dominance, superiority and crave power. They are also less likely to commit to relationships and will often leave a person who they believe is going to leave them.

The DSM Fourth Edition lists the symptoms as:

There are no known causes of the NPD; however, psychologists Leonard C. Groopman and Arnold M. Cooper compiled a list of causes based on various different researches. A variety of different situations such as childhood trauma, relationship with parents, environmental factors are all known to affect the patient. The list of causes is as follows:

Theodore Million divided the NPD into five subtypes. Wikipedia lists these subtypes as:

Psychotherapy has been proven the most effective when trying to deal with the disorder. Schema therapy and cognitive therapy are two types of therapies that have been used to help people cope with the disorder. Though NPD is not curable, it can be treated to the point that it does not disrupt the patient’s daily life and activities. Medication may also be used for certain symptoms.