Difference between Cable and Wire

Key difference: A wire is a single conductor while cable is a group of two or more conductors. 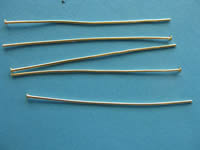 The term wires and cables are used pretty much used synonymously, but they are quite different in fact. One way to differentiate them is to remember that wires are a component in cables. Also, wires have a much wider scope of use. A wire is a single strand or a group of strands of an electrically conductive material, usually aluminum or copper. A cable, on the other hand, consists of two or more insulated conductors and can be either bare or covered. The easiest way to distinguish between the two is that the wire is usually visible, whereas a cable is most usually insulated.

There are two main types of wires: solid or stranded. A solid wire is usually a long length of single conductor. A stranded wire is many thin strands of wires twisted together. Solid wires offer low resistance and are perfect for use in higher frequencies, whereas a stranded wire has a longer life, due to its flexibility and can be used for a longer period than a single conductor. Wires are mainly used to carry electrical and telecommunications signals, but can also be used in various other forms, from bearing mechanical loads, to heating, to even in jewelry and clothing.

A cable is usually two or more wires running together or bonded, twisted or braided together. They are usually insulated rather than not, which gives them a better protection than just wires. Cables are mainly used to carry electrical and telecommunications signals. 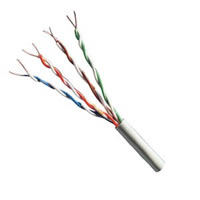 There are various types of cables, including twisted pair cable, coaxial cable, multi conductor cable and fiber optic cable. A twisted pair cable has two cables twisted around each other and is mainly used to carrying signals. A multi conductor cable is made up of many conductors insulated from each other, and is best suited for control. In a coaxial cable, the signal on the two conductors is not same. This is called an unbalanced line and performance on this cable is more stable than on a twisted pair cable. There are three types of fiber optic cables: plastic fiber – used for sending audio, multi-mode fiber – used for sending data, and single mode fiber – seen only under a microscope and has the best performance.

A detailed comparison between wire and cable:

what about the USB cable and supply authority cable? please explain to me basing on their categories. thanks. greetings from UGANDA the pearl of AFRICA.

"A cable, on the other hand, consists of two or more insulated conductors and can be either bare or covered." What is the difference between being insulated and being covered? Thanks! Jimminy

How wire used in telecommunication Different types cables.. Their usages

What about Welding Cable. That only has one conductor.

Sorry, but a welding cable is constructed of many smaller wires, even in the hundreds and twisted into what we refer to as a cable. The multiple of smaller wires offer at least to advantaged. One, flexibility, Two, because electrical current travels on the outside of a wire, the multiple spiral configuration offers a much higher current carrying capability.

Dear Friend, your answer or comment is only partially right. To begin with; the catch word, "cable" has been used common place shortly after trees began to be harvested commercially. This was because a stronger substitute was needed to replacer the jute, hemp and sisal being twisted into "rope" and used to drag or lift the logs. Chains was very difficult to manufacture and an expensive substitute. But, when flexible fine wire was twisted into metal rope, or "cable", it solved many difficulties for business. While a single strand of "Wire" has been used in industry since our earliest telephone and telegraph technology it is still used in many instances. Not yet house broken, even today we still refer to a certain twisted pair as, "barbed wire".

this is the best knowledgable difference between wires and cable