Difference between Grey and Gray

Key Difference: Grey refers to an intermediate color between black and white. In U.S.A, grey is spelled as gray. Thus, there is no difference between the two.

Grey and gray, often create confusion when it comes to writing. Many people think that gray is wrongly spelled ‘grey’, which is a color. However, in United States of America and areas that use American English, the gray color is referred to as grey. Grey is used in Great Britain and areas that use British English. Thus, there is no difference between them. They literally refer to a color “without color.”

It is a neutral and balanced color. It is most often associated with meanings of dull, dirty, and dingy, and similarly with formal, conservative, and sophisticated meanings.

According to Wikipedia, the first recorded use of grey as a color name in the English language was in AD 700.

“ a color intermediate between black and white, as of ashes or lead”

“without interest or character; dull and nondescript” 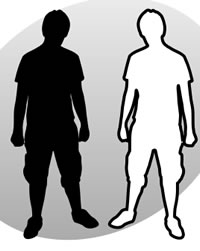 1.  Her grey/gray dress looked fabulous on her.

2. I saw grey/gray patterns on the wall.

However, many times it is used to refer to something that is of no interest or to depict a dull character.

For example: - It was a grey/gray Sunday for me.

However, “grey matter” is informally used to refer to intelligence. Thus, we can conclude that there is no difference between grey and gray, both referring to a color. However, proper nouns must be spelled in their original form. For example, Mr. Gray and Miss Grey can be annoyed if you write a letter addressing them as Mr. Grey and Miss Gray.