Key Difference: Hemophilia A and Hemophilia are two different types of Hemophilia, caused by the deficiency of coagulation factor VIII and IX respectively. 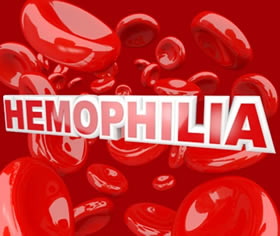 Hemophilia is a bleeding disorder which occurs due to deficiency or absence of a specific protein which is required for blood to clot. Due to this deficiency, a person bleeds longer after an injury. This specific protein is basically related to clotting factor which is a series of blood proteins. Human body contains 12 clotting factors which contribute in the process of clotting.

These are numbered in Roman numerals from I to XII. It is a rare bleeding disorder which falls in the category of inherited disorders. Common signs of Hemophilia include large bruises, bleeding for a longer time after getting a cut, bleeding into muscles and joints, spontaneous bleeding, etc.

It is important to mention that a person suffering from hemophilia can lack only either of the factors -  VIII or factor IX. It is not possible to suffer from deficiency of both these factors together. Males are more prone to this disease in comparison to females. Signs and symptoms of both A and B are similar.

They both are defined by using three degrees of severity which are - severe, moderate and mild. They are generic disorders, and thus oral medication is not able to assist much in the treatment. The standard treatment remains to be the blood transfusion or proving the missing factors through an intravenous route.