Difference between India Gate and Gateway of India 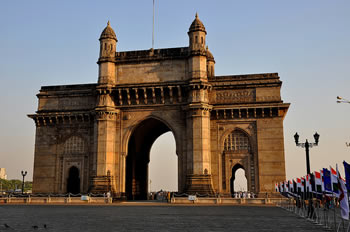 India is a country rich with history; a lot of this history can be seen in its monuments. Two such monuments are the India Gate and Gateway of India. As the names sound similar, many people, including Indians actually confuse the two, or worse think that they are the one and the same. However, that is not the case. They are in fact two very different monuments.

Other than to commemorate the visit of King George V and Queen Mary, the monument also played another important part. It is the first thing that any visitor would see when they entered the country from the port of Mumbai. It was also the ceremonial entrance to India for Viceroys and the new Governors of Bombay. The monument also has two large halls off each side of the gateway and can hold about 600 people. It has since been referred to as the Taj Mahal of Mumbai, and today is the city's top tourist attraction. 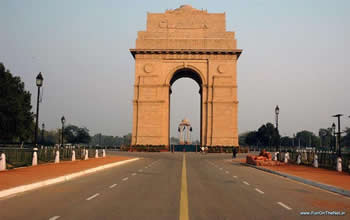 India Gate, on the other hand, is a war memorial. It was built between 1921 and 1931, and was originally called the All India War Memorial. It was built as a memorial to the 82,000 soldiers of the undivided British Indian Army that perished in the period between 1914 and 1921 in the First World War. These soldiers died in France, Flanders, Mesopotamia, Persia, East Africa, and Gallipoli. The memorial is also dedicated to soldiers that died in the Third Anglo-Afghan War.

Even though the monument is a war memorial, it is actually built in the architectural style of the triumphal arch like the Arch of Constantine in Rome and the similar Arc de Triomphe in Paris. Originally, cars and traffic actually drove through the Gate, however, they now have to drive around it.

India Gate also has the names of 13,300 servicemen inscribed on the gate, including the names of some soldiers and officers from the United Kingdom. In 1971, after the Bangladesh Liberation war, a smaller structure was added to the base of the Gate. This structure consists of a black marble plinth, which is topped with a reversed rifle and capped by war helmet, bounded by four eternal flames. These eternal flames represent the Flame of the Immortal Soldier, or the Amar Jawan Jyoti. This small structure also serves as India’s Tomb of the Unknown Soldier, which basically means a tomb that honors all the fallen soldiers, especially those whose remains have not been located.

Comparison between India Gate and Gateway of India: