Difference between iPod and MP3 Player

Key Difference: iPod and MP3 players are PMP (Portable Music Player) devices. The iPod is also commonly known as mp3 players. On the other hand, MP3 player allows you to store and plays music files in MP3 format.

iPod and MP3 players are basically one and the same thing. There is just a difference of brand names. 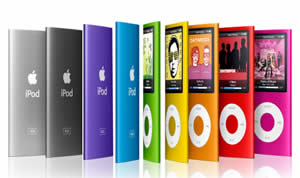 iPod is the brand name of MP3 players manufactured and marketed by Apple Inc., the company famous for its iPhones. It has a specific set of features and designs. Each iPod has different range of capabilities and storage capacities. There are numerous iPod models. However, the current iPod models are iPod classic, iPod Touch, iPod Shuffle and iPod Nano. The iPod was first released on January 9, 2001, along with the company’s iTunes application. Same like other music players, iPods can also serve as external data storage devices.

According to different models, the storage capacity varies from 2GB to 160 GB. The popularity of the iPod was then followed by the iPod Shuffle, which was essentially tinier and cheaper. The iPod Shuffle also lacked the screen, a distinctive feature on the iPod. While, iPod Touch has access to the App Store, where one can download various apps, including games, productivity apps, and social networking apps, such as Twitter, Skype, etc. Basically, it can be said that the iPod Touch is practically the iPhone, just without calling capabilities. 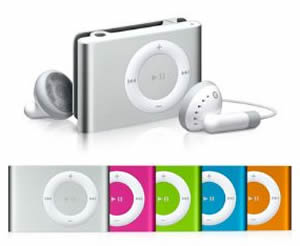 MP3 is short for MPEG-1 Audio Layer 3. It falls under the broad category of PMP (Portable Music Player) devices. It is a patented encoding format for digital audio. It uses a lossy compression algorithm which is designed to reduce the amount of data required to represent the audio recording while still sounding like a faithful reproduction of the original uncompressed audio.

MP3 has become one of the most commonly used audio formats available and has been the standard for audio files for quite some time. Most digital audio players use the MP3 format as the default standard of digital audio compression for transfer and playback of music. It usually supports the MP3 audio file format but it might also support file types such as Windows Media Audio (WMA), Waveform Audio (WAV), Musical Instrument Digital Interface (MIDI), and other audio formats.

Comparison between iPod and MP3 Player: