Difference between Legislation and Litigation

Law is a common word and is used to describe the rules that act as a regulator for any society. Thus, laws are very important and needs to be enforced in a strict manner. Legislation word is related to formation of laws. On the other hand, litigation is referred to hearings and proceeding in the court. If the conflicts are unable to be resolved outside court, these conflicts as cases are moved to the courts. Litigation denotes this process of proceedings in a court. In the judgment of a case, the laws maid by the process of legislation are followed and thus laws are considered of high importance in litigation related matters. 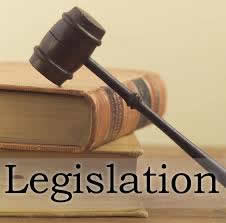 1. Act: Laws that are enacted by Parliament are known as Acts. They are also referred as primary legislation.

2. Subsidiary legislation: Parliament can give power of making laws to people. And in this sense, these laws are not directly framed by Parliament.

Legislation is another term meaning statutory law. These laws have been enacted by a legislature or the governing body of a country. Legislation can also mean the process of making the law. Let’s first understand how a law is made. The law starts off with being an idea. The idea is then put down a piece of paper, which is known as a bill. This bill goes then goes to the legislative branch, who will vote either to approve or reject the bill. If the bill is approved, it then goes to the regulatory branch, which is responsible for writing out the details of the bill and the implementation process. This bill then becomes a law. This process varies depending upon the countries. Under the Westminster system, the primary legislation, after it is approved is known as an Act of Parliament. The term ‘legislation’ may also include other forms of law making such as referendums, constitutional conventions, orders in council or regulations. However, the term primary legislation can exclude these laws.

Litigation refers to the legal proceedings in order to resolve a dispute. It is a method to

To understand the term and its usage, consider this example: two brothers were fighting for the share in ancestral property. They both were not ready to compromise and finally that matter reached to the court. Now for many years the case remained open and the hearings kept going on. Then, one can say that they both were stuck in litigation for a long time. A case that is brought to the court for resolution is also known as suit or lawsuit.

Legislation and litigation are very different to each other but they are stilly closely connected to each other. The laws that are made during legislation act as the guiding light for the process of litigation. The proceedings in his court are adhered to the laws and thus both are very important for the society. Laws need to be enforced properly so that we all have a safe environment to live.