Difference between Modern and Contemporary Art

Key difference: Modern art refers to artistic works produced in the period beginning in the 1880s and ended in the 1970s. Contemporary art follows modern art, beginning from 1970s to now and ongoing. 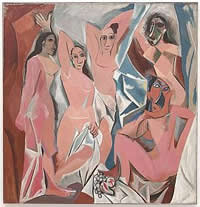 Modern Art and Contemporary Art are two distinct art era in the art movement. Essentially, the main difference between the two is not of style but of the age that it was produced in. While, there are no specific time guidelines defining both periods, modern art refers to artistic works produced in the period beginning in the 1860s and ended in the 1970s. Contemporary art follows modern art, beginning from 1970s to now and ongoing.

There are many arguments defining the modern art era, however, most arguments place the era between the 1860s to the 1970s. Modern art is a term that denotes the style and philosophy of the art produced during that era. Modern art aimed to throw aside the traditions of the past and experiment with new ways of seeing and with fresh ideas about the nature of materials and functions of art. The traditional art was considered as classic which aimed to represent reality or realism through narrative. Modern art played and experimented with more bold and abstract ideas. 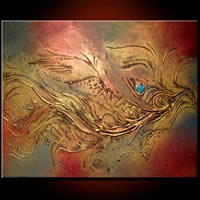 Contemporary art, which follows the era of Modern art, is considered to have begun from 1970s and is still ongoing. Some art museums and collections define contemporary art as including all art since the end of World War II. So, all the artists out there who are producing artworks are part of the contemporary art movement. This however does not mean that they cannot be inspired or influenced by the past movements. Contemporary artworks use a variety of materials and techniques, including new technologies such as computers, three-dimensional, live elements and performances, etc.

Contemporary artists have faced the harsh reality, including World War II, the cold war, feminism and globalization. They grew up with ideals and thoughts different from what artists in the modern era did. These artists consider the old methods of modernism as too conformist or vague, instead deciding to make their own works or art according to their own style. However, contemporary art can sometimes seem at odds with a public, as many people feel that contemporary art and its institutions do not share cultural values. Contemporary art aims to shock people by turning towards new art forms. Some critics like Julian Spalding and Donald Kuspit have suggested that skepticism, even rejection, is a legitimate and reasonable response to much contemporary art.