Difference between Nanny and Maid 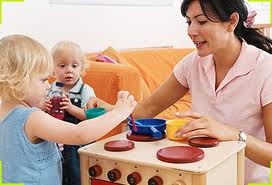 Nanny refers to a person who is employed to take care of the children in a household. A nanny is usually a trained woman. A nanny can be hired on a part-time or on a contract basis. A nanny plays a vital role in the growth and development of the children. A nanny spends time with children and often suggests some activities and challenges for the children.

A nanny is also referred to as a childminder or a child care provider. Many of them are certified in cardiopulmonary resuscitation (CPR) and may also be qualified in First Aid. Professional nannies may also hold a degree or have extensive training in child development. Originally, nannies were the servants in households. However, later their role was specified in context to children. A nanny housekeeper balances between domestic duties and care of the children. 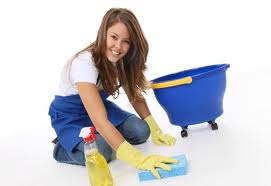 A maid (housemaid or maidservant) refers to a female domestic servant. She is employed to carry out tasks like cleaning the house and cooking. Earlier, maids were often employed by great houses, and often generations of maids used to serve the same family. In poor countries, a maid also plays a role of nurse in taking care of the elderly or people with certain types of disabilities. Nowadays, maids generally work on a fixed schedule.

A maid is often preferred by working women. There are various agencies which can be contacted if one wants to hire a maid. These agencies provide the options and also do the background checking before hiring a maid. Salary of a maid depends upon the duties she has been asked to perform.

Comparison between Nanny and Maid: