From their names, one might instantly recollect that these oils belong to two different original sources. Palm and Coconut oil are known for their medicinal and cooking uses, especially the coconut oil, which has got countless medicinal applications. These are produced and obtained from their respective places, i.e. Philippines is world's largest producer of coconut oil and its products. While, the Asian countries like Malaysia and Indonesia are largest ranking in the Palm oil production. Coconut oil has been in use from historical times, there’s no bound of any time limit regarding the usage of this oil due to its numerous medicinal and culinary applications. Global production of palm oil has doubled over the last decade due to its cooking and other applications. Also, worldwide demand for palm oil is expected to double again in the coming years. 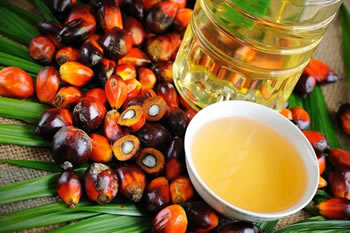 Palm oil is extracted from pulp of palm fruit. The crude palm oil is too dark in color and is obtained by applying the high heat process. Palm oil is available in two types: the one extracted from the flesh of the fruit (palm oil), and the other from the seed, or kernel (palm kernel oil). The oil is regarded and best known for boidiesel. The oil is composed of fatty acids, esterified with glycerol like all fat. Unlike all fat, palm oil is high in saturated fatty acids, which are solid at room temperature. Red palm oil does not contain cholesterols and hence can be consumed in normal diet and also by the ones having from high cholesterols. The oil has antioxidant properties and hence can fight free radicals in the bloodstream which leads to prevention of few heart diseases.

Nowadays, the oil is used on a larger scale for cooking, due to its easy availability and affordable cost price. In recent years, the oil is used as an ingredient in food products like margarine, chocolates, cream cheese and oven chips, food products like biscuits, chips, crackers and batters. Also, it has gained great demand in the cosmetic, toothpaste, soap, and shampoo industries. 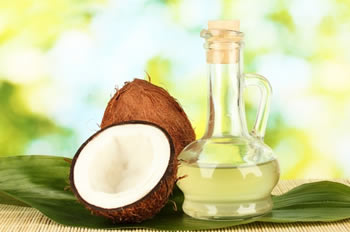 Candida- an inflammation caused can be prevented and cured by coconut oil; also the oil when applied to infected areas forms a chemical layer which further protects the infected body part from external dust, air, fungi, bacteria and viruses. Therefore the oil is highly effective on bruises as it speeds up the healing process of damaged tissues. Along with these capabilities, the oil is also used to reduce many internal organ related issues and problems. Coconut oil helps to improve the digestive system and thus prevents various stomach and digestion-related problems like the Irritable Bowel Syndrome. Along with medicinal uses, the oil is highly used for cooking purposes, as it adds its own mouth watering flavor to the food.

Coconut and Palm plants are environment friendly and hence grow in normal conditions. The coconut trees are tall and live for too longer duration of time; if considered as a whole then every part of the tree can be put to use. Hence, the tree has a privileged importance for its uses in various sectors. Palm oils are known for better substitutes in the butter and other food ingredients. Palm oil obtained from the pulp of the fruit is one of the cheapest oil today, and also is in great demand due to this affordability. As of nutrients, both oils are user friendly. Vitamin E content is more in palm oil as compared to that of coconut oil.

Both oils includes their part of pros and cons, coconut oil contains high amount saturated fats, which are not desirable for human consumption and hence the oil was not used in some part of the world during some years. But today the oil is in high demand in the oil marts and factories. While, palm oils are causes of deforestations, among the Asian countries, hence this case is not desirable from environment point of view.

If compared with medicinal and health related issues, coconut oil wins the race; as palm oil and its consumption are harmful to an extend; while people consuming coconut oil in their diets are considered to be the healthiest among the world.