An active verb, or a dynamic verb is one which occurs over a period of time. It denotes an action that is progressive and evolutionary in nature. For example, words like to run, to go, to savor, etc. are active verbs. Stative verb, or a passive verb is a verb that stands for actions that are static in nature. These actions remain the same and do not change or evolve over a period of time. For example, love, hate, need, see, hear, etc. If a sentence uses an active verb, it is said to be in active voice. Whereas, a sentence comprising of a passive verb is known to be constructed in passive voice. 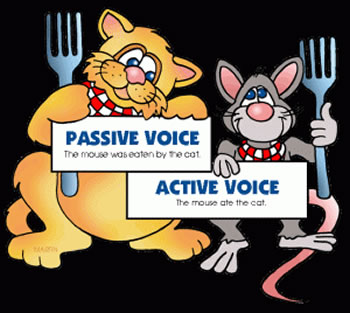 Sentences that are constructed in a passive voice have their subjects as the receivers of the action performed, rather than the doers. This is because the verbs featuring in these sentences are passive in nature. Passive voice is sort of a roundabout way to describe something, rather than being direct, or voicing it actively.

An apple was eaten by Henry.

In this sentence, the word ‘apple’ is the subject, ‘eaten’ is the verb, and ‘Henry’ is the object. This sentence conveys the message that the subject ‘apple’ is receiving the action of being eaten by the object ‘Henry’.  The passive verb ‘eaten’ ratifies this fact, which enables the sentence to assume a passive voice.

Having said that, the use of passively voiced sentences is regarded as a sensible alternative in situations such as:

When the doer of the action is unknown:

The lights were left on.

[You don't know who left them on.]

When the doer of the action is less important than the receiver:

The package was delivered this morning.

[It doesn't matter who brought it.]

When the doer of the action is someone you don't want to name:

I was given the wrong directions.

[You don't want to blame anyone in particular.] 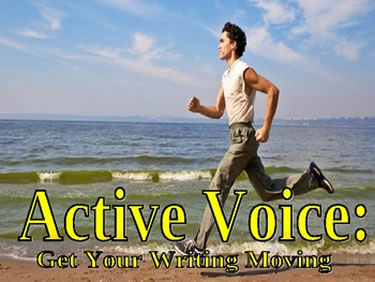 Active voice, as the name suggests, is active or direct in nature. It is a more energetic sentence construction as compared to the passive voice. In sentences formed in active voice, the subject is always the doer of the action. Or, in other words, there is always an active verb featuring in such a sentence.

Thus, actively and passively voiced sentences should be used appropriately as per the demands of a situation.

This explained action and passive better than anything I have read.