Difference between Pudding and Dessert

Key Difference: A dessert is a sweet course that is served at the end of a meal. It is usually made up of sweet foods, but can also contain other items. The term ‘pudding’ has become synonymous with the term ‘dessert’ in the United Kingdom and a few surrounding countries. However, pudding itself is a dessert dish as well as a savory dish that is part of a meal. 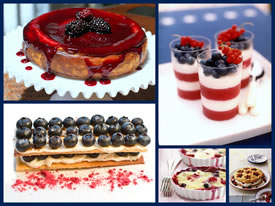 There are many courses of food dishes that are served. If you go to a proper restaurant, these are limited down to three or four course meals. In formal dining, the number of courses can go up to 5, 8, 10, 12 and even 16. However, in modern times, two to three course meals suffice. Following the main meal course, which is sometimes known as the meat course, is a dessert, pudding or a sweet course. This course refers to having something sweet following dinner.

The terms pudding and dessert mean different things in different places. Dessert is more commonly used in the United States and many other countries, while the term pudding is more commonly heard in the UK. The term pudding and dessert can become confusing for people that are not native to the particular area. These terms are related as well as different. Pudding can be a type of dessert, while desserts are not always puddings.

A dessert is a sweet course that is served at the end of a meal. It is usually made up of sweet foods, but can also contain other items. Desserts usually include cookies, cakes, gelatins, pastries, pies, ice cream, chocolate, etc. Any kind of sweet can be referred to as a dessert including fruits. Each country has its own type of sweet foods that served as a dessert. In Russia, breakfast foods are served with honey and jam as a popular dessert. The term ‘dessert’ is originates from the French word ‘desservir’, meaning “to clean the table.”

Originally, desserts were made using natural ingredients such as dried fruits, fruits, honeycomb or nuts. These later evolved to include goods that are baked with flour and sugar. Sugar became a popular component in desserts during the Middle Ages. Although, desserts were originally popular among higher classes of people; it became popular for all classes during the Industrial Revolution, when people started mass-producing processed foods.

The term ‘pudding’ has become synonymous with the term ‘dessert’ in the United Kingdom and a few surrounding countries. Pudding is often used refer to any kind of dessert including cakes, chocolate, yogurt, ice cream, etc. However, pudding itself is a dessert dish as well as a savory dish that is part of a meal. The origin of the term ‘pudding’ is unknown but many experts believe that it is derived from the French term ‘boudin’, originally from the Latin term ‘botellus’, meaning “small sausage”. It is believed that the term refers to encased meats used in Medieval European puddings. 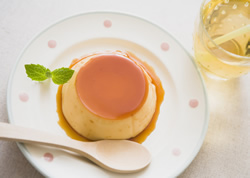 Pudding is basically used to describe a sweet dish that is made from starch or dairy-based desserts such as rice pudding or Christmas pudding. Other puddings such as chocolate pudding has also been packaged with gelatin powder and milk solids so that it can be added with water and mixed to create pudding. In the United States and Canada, the term pudding is used to refer to a sweet milk-based dessert created similar to custards, or mousses. In Commonwealth countries these puddings are called custards if they are egg-thickened and blancmange if starch-thickened.

The savory puddings use meat, cream and gravy to create a cake like material such as the Yorkshire pudding. Another pudding, known as Black or Blood Pudding, is a sausage that is made by cooking blood or dried blood with a filler until it is thick enough to congeal when cooled. The filler can include meats, fat, bread, rice and various vegetables. Savory puddings make use of various spices and ingredients to develop a flavor.

The terms pudding and dessert can refer to sweet meals or foods that are served following a proper meal course. The term pudding has an additional meaning in some countries referring to savory dishes that are served as proper meat meals.