Key difference: By origin, Rice bran oil is regarded to be the most balanced and versatile oil, and is obtained from rice bran (rice husks). While Soybean oil, is a high in poly fat oil obtained from the soybean seeds. 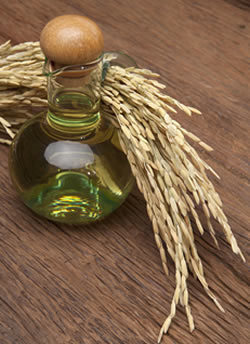 Race among the various healthy oils will never end; as oils have their unique properties and flavors, which are beneficial in other medicinal and culinary uses. The fat intake, obtained from cooking oils should consist of balanced fat, as it would provide essential nutrients to sustain a healthy and fit life. Oils have been privileges with high importance from the traditional times, due to their usages and nature. All oils have their own pros and cons, which make them different from one another. Accordingly, Rice bran and Soybean oil are known edible vegetable oils; commonly used in large extends in Asian countries, including Japan and China.

Rice bran oil is considered to be the most versatile and balanced oil. The oil is known for its uses in the salad, cooking, and frying oil which leaves no lingering after taste. It has a mild flavor, and is extracted from the inner husk or the covering of rice grains. It is superior to other oils for high temperature cooking due to its high smoke point and hence is applicable for deep frying and stir frying. The pure oil form has a nutty flavor, but is good for health. The oil contains a remarkable amount of nutritive constituents; which contains vitamins and antioxidants; also it is regarded to be of Trans free fat nature, hence is more preferred by health conscious individuals. One of the most critical use of the oil is found during the Menopause, as the γ-oryzanol, a mixture of chemicals of the oil, can reduce and help to give relief at some extend. Other than cooking, the oil is also used as a substitute for carnauba wax in the cosmetics, confectionery, shoe creams and polishing compounds. 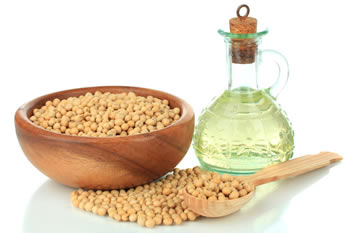 Soybean oil is one among the most popular edible oils in the Asian sub continents. Naturally, the oil has a dark yellow or faint green color, and is valued for its affordability, high smoke point and health benefits. The oil is extracted from the protein rich soybean seeds. It is clean and natural in taste; and is high in poly- and monounsaturated fats and low in saturated fats and is trans fat-free. Due to these compositions, soybean oil is known for its healthy heart-benefits. The versatility of the oil is that it has an imperceptible odor support which enhances the natural flavors of prepared foods. Also, the oil has a little flavor which proves to be an advantage; as it does not interfere with the taste of the food. The oil has a wide application in the complementary food items like that of mayonnaise, salad dressings, frozen foods, imitation dairy and meat products and commercially baked goods. Soybean oil is processed to form drying oil, which is further used in the applications of printing inks (soy ink) and oil paints.

As compared to other oils, rice bran oil is regarded to be the best in quality and other factors. While soybean oil is most preferred oil due to its affordability and availability. Rice bran and soybean oils have high smoke point, which makes them a good choice for high heat cooking. Also, both oils contain Vitamin E due to which these oils are antioxidant rich. But, rice bran oil has one extra feature, i.e. oryzanol, which is a powerful antioxidant. In heath benefits, rice bran oil can be regarded to be a perfect choice among the females during their menopause tile, as the chemical content in it reduces the pain to some extent, while soybean oil contains no cholesterol, which makes it a perfect choice for individuals with heart disease or high cholesterol.