Difference between Stillbirths and Miscarriages

Key Difference: A miscarriage is a term used for pregnancy that ends at a stage where the fetus is incapable of surviving on its own or if the pregnancy ends in the first 20 weeks of gestation. Stillbirths are when a fetus dies in the uterus, most commonly after 20 weeks are completed.

The terms ‘Miscarriages’ and ‘Stillbirths’ are types of complications that can occur during a pregnancy and are a pregnant woman’s worse fears. A miscarriage, also known as a spontaneous abortion (SAB), is a term used for pregnancy that ends at a stage where the fetus is incapable of surviving on its own or if the pregnancy ends in the first 20 weeks of gestation. Stillbirths are when a fetus dies in the uterus, most commonly after 20 weeks are completed. 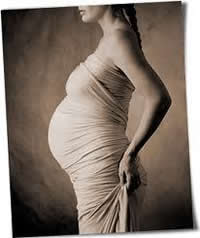 Miscarriage is the most common type of pregnancy loss; of which most frequently occur during chemical pregnancies. Chemical pregnancies are when pregnancy is lost shortly after implementation, when a woman loses the fetus during her monthly menstrual cycle. Reasons for a miscarriage varies, the most common being chromosomal abnormalities. Chromosomal abnormalities occur during the first trimester and are caused by a defect in the baby’s chromosomes. Other causes of miscarriages include hormonal problems, smoking, drinking, incorrect implementation, etc.

A woman in her child bearing years has a 10-25% chance of experiencing a miscarriage, while a healthy woman has a 15-20% chance. Age and previous miscarriages also affect a women’s ability to miscarry a baby. Common symptoms of a miscarriage are excessive bleeding, severe back pains and contraction like pains. If such symptoms occur, it is best for a woman to consult a gynecologist. Miscarriages can be prevented by eating healthy foods, exercising regularly, and living a stress-free lifestyle.

Stillbirths are a bit more unpredictable compared to miscarriages. Stillbirths occur in about 1 in 160 pregnancies and many of them occur during labor. A stillbirth is when a fetus dies in the uterus after completing the first crucial 20 weeks of pregnancy. Causes are still unknown in one-third of stillbirths. Few of the known possible reasons for stillbirths include infection, chromosomal aberrations, high blood pressure, diseases, and umbilical cord accidents.

Factors that contribute to stillbirths include malnutrition, alcohol, drugs, smoking and women older than 35 years of age. In a stillbirth, a baby’s activity may reduce and the kicking might stop, in such a case women should refer to a doctor in order to get an ultrasound. Stillbirths can be prevented by doing a recording daily movement of the baby, avoid drugs, smoking, alcohol and vaginal bleeding the second half of the pregnancy. Women, who have experienced previous childbirths, should do a constant check up and closely monitor the baby’s progress and activity.