Difference between Suits and Blazers

Key Difference: A suit is a set of garments made from the same cloth, usually consisting of at least a jacket and trousers. Blazers are jackets that are similar to a suit jacket, but sometimes flap-less patch pockets and metal buttons. Suits are traditionally worn with a shirt and a necktie, followed by a waist-coat incase of a three-piece suit and jacket. Blazers are usually more casual and can be mixed matched with contrasting trousers and/or jeans. Suits are more formal, while blazers are used for informal purposes. 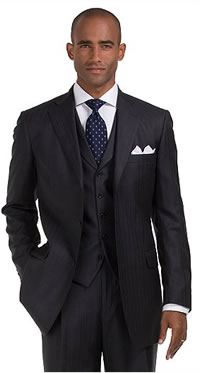 The word suit is derived from the French word suite, meaning “following” or Latin verb sequor, meaning “I follow”. These words are used for a suit, as the different parts of a suit follow each other in garment texture and color. Today, suits are most commonly worn for black-tie occasions, weddings and meetings. Suits come in two-piece of three-piece; two-piece includes a coat and trousers, while three-piece also includes a waist-coat.

Previously, suits were all tailored according to the person’s needs and fittings, but following the Industrial Revolution, most suits were mass produced and just require minor alterations by a tailor. Suits are currently sold in three ways, bespoke, made to measure and ready-to-wear. Bespoke is a suit that is made from scratch by a tailor, giving a proper fit and allowing the customer choice of cloth. Made to measure has a pre-made pattern that is modified to fit the customer. Ready-to-wear suits are already made suits available for buying and wear, but may require a few adjustments for the trousers. 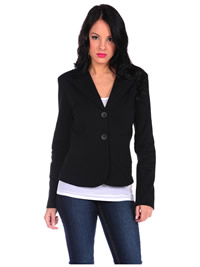 Blazers are usually more casual in use, compared to suits which are for formal purposes. A blazer is just a suit jacket and it can be mixed matched with contrasting trousers and/or jeans. Blazers are heavier compared to suit jackets, as they are intended as an outdoor jacket. Blazers were originally used as part of uniform garments for schools, airlines and yachting; but are now associated with style. Blazers were most commonly used by boating clubs, such as Oxford and Cambridge. The term ‘blazer’ is also rumored to originate from the red jackets worn by the St. John's College, Cambridge’s Lady Margaret Boat Club. The red jackets were termed due to the bright red color, and have survived the red coat.

Blazers can be paired with shirts and tie to open-neck polo shirts. Many musicians have even sported a blazer with no shirt. Blazers can be single-breasted or double-breasted depending on the style, has navy style buttons and sports two pockets. Blazers in US and UK are considered as business casuals and business informal wear. Blazers jackets need not match the garment or the color of the trousers. The trousers can be darker or lighter in color compared to the jacket and blazers can even be paired with jeans. For women, the design of the blazer is the same, while fitting differs.

The biggest difference between the two is in usage, or the occasions where the clothing can be worn. While suits are most commonly worn at formal occasions such as weddings, functions and business meetings, blazers are worn more at informal or business casual occasions. Suits are usually paired with a shirt and a tie, whereas blazers can be paired with a button down shirt or a polo neck t-shirt. Suits include trousers that are made from the same material, but blazers have the option to be paired with any type of trousers depending on the person. A blazer is heavier and studier compared to a suit jacket.