Difference between Superstorm and Hurricane

Key Difference: The general definition of a superstorm is, ‘a large disruptive storm that can’t be categorized as a hurricane or a blizzard.’ Hurricanes can be defined as a rotating storm that has characteristics such as low-pressure center, a closed low-level atmospheric circulation, strong winds and a spiral thunderstorm with rains. 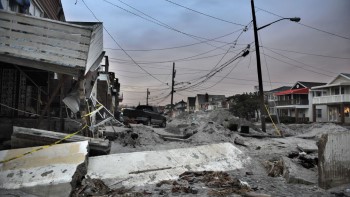 Nature can be just as scary as it is beautiful and a natural phenomenon, no matter what it is called can cause a lot of devastation and destruction in its wake. We often hear terms such as cyclones, superstorms and hurricanes on weather reports but for the general public understanding the difference between these terms can often cause confusion. However, the difference can also help you survive when necessary. In this article, we will tackle the most common two meteorological phenomenon – superstorms and hurricanes.

The word ‘storm’ is commonly thrown around when there is heavy rainfall or snow, but the term ‘superstorms’ are reserved for more drastic situations. However, if you’d ask any meteorologist to define the term or the conditions under which the word ‘superstorm’ is used, you’d find that each one will give you a different answer. The reason for this is that there is no official definition for the word ‘superstorm’ and it is often used by each individual as they see fit.

The general definition of a superstorm is, ‘a large disruptive storm that can’t be categorized as a hurricane or a blizzard.’ It was coined recently and there are still disputes regarding its usefulness. The term can be distributed into two different climate systems – tropical and cold temperate. The terminology can be dated back to early 1990s, when it was used in phrases such as “perfect storm” or “storm of the century” to define large destructive storms that left an impact. After that, it became a common word for describing weather pattern that are as destructive as hurricanes and cyclones, but display cold-weather patterns.

On the other hand, hurricanes are simply another name for tropical cyclones, which is also known as other names such as typhoons, cyclonic storm, tropical depression or simply cyclones. The names differ depending on the location of occurrence, such as hurricanes occur in the Atlantic Ocean and northeastern Pacific Ocean, while typhoons occur in the northwestern Pacific Ocean and tropical cyclones occur south Pacific or Indian Ocean. 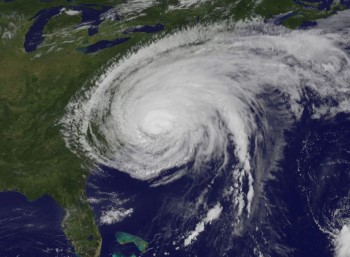 Hurricanes can be defined as a rotating storm that has characteristics such as low-pressure center, a closed low-level atmospheric circulation, strong winds and a spiral thunderstorm with rains. Hurricanes are rated into 5 different categories based on their severity, these categories are determined by wind speed, where category 1 includes wind speeds of 74-95mph and category 5 includes wind speeds of over 157mph.