Difference between Surname and Middle Name

Key Difference: Surname is also known as family name. A surname is the family name which a person shares with other family members. It is generally passed from one generation to the other. Generally, it appears last in the personal name, and thus is also known as last name. On the other hand, middle name is the name that appears between the first name and the surname.

What’s there in a name? The answer to this may differ from person to person. However, we all will agree that names play a vital role in our lives. Just imagine, if we do not have our names attached with us- what might happen. You might feel you have suddenly lost an important part of your identity. Therefore, names are important and will always be important.

Generally, the full name is divided into parts- first name, middle name and surname. The first name is also known as forename and it represents the given name of a person. It has no relation with the names of other family members. It can mean anything or sometimes may be meaningless. Middle name is considered to be a secondary given name. On the other hand, surname denotes the family name. It is a connection between you and your ancestors. It is a common name that is shared by family members. Generally, this name appears last in the personal name, and that is why it is also known as the last name.

Many of us might not be aware with the middle name, if we do not have any middle name. However, some people may also have a middle name. Let us consider definitions of both from Oxford Dictionary.

‘a hereditary name common to all members of a family, as distinct from a forename or given name’

It defines middle name as:

‘a person’s name placed after the first name and before the surname.

For example- in the full name ‘John Henry Taylor’, John is the first name as well as the forename. Henry is the middle name and Taylor represents the family name or can be referred as the surname. However, in few countries like Japan, the surname comes before the given name.

The term 'surname' is supposed to be derived from medieval French word 'surnom' meaning “above-or-over name". Surname is the name that we share with our family members. In the early years of middle ages, people were generally living in small villages and thus first names were sufficient to be used in context to a person. However, the times changed and societies started growing bigger in sizes. It became little difficult to use only first names as many people had same names. Thus, the need of surnames originated and people started using the last name. The origin of surnames varies from one place to another. However, most of the surnames originated representing the profession of the person, for example- Taylor, Shepherd, Fisher, and Baker. Surnames were also based on various other attributes or characteristics like - places, personal characteristics, etc.

The relation between the surname and the reason behind naming them can be easily seen in these few examples:-

The surname or family name can be either patronymic or metronymic. Patronymic means that the last name of a person would be same as the last name of father or we can also say that a son and father will share the same surname. However, in metronymic the child is given the same surname as the mother of the child is having. Most of the societies believe and work on patronymic systems. In many countries like India, a woman after getting married acquires the surname of her husband. Today, scenarios are changing and many women are also opting to keep the same surname as they had earlier, prior to their marriage.

Middle name is the name that appears between the first name and the last name, and due to its placement is the full name, it is named as middle name.  People had different 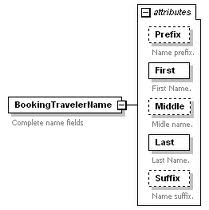 Due to the usage of middle name, most of the application forms have the fields for first name, middle name and last name. Thus, we cannot ignore the significance of the middle name. Generally, there is a single middle name in a name but in few cases there might be two middle names. The middle name is also referred as a secondary given name. Many people use initial of their middle name in their usual name, for example- George W. Bush. Middle names are preferred by the countries in the west. In some parts of Scotland, mother’s maiden name is used as middle name. It can also be named after a saint. Middle name as secondary name, gives another option for naming a person.

Hence, we can conclude by saying that surname and middle name are different to each other. They both along with the first name forms a full personal name. First name is given name and has a lot of importance. A person must have a surname, whereas middle names are often use as optional names. The middle names appear between the first name and the surname. The surname usually appears at the last.