Difference between UN and UNO

Key difference: The UN is an international organization which was created in order to keep the peace between nations and help create the international laws of cooperation. The UN is popularly known as the United Nations Organizations (UNO).

The term UN stands for ‘United Nations’. The main aim of this organization is the accomplishment of world peace and prosperity. They also help decide international law and security between nations and work very hard to accomplish their goals. 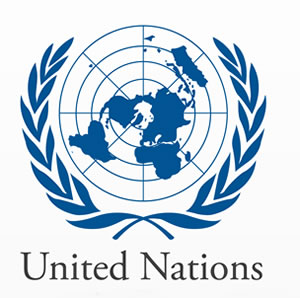 The United Nations (UN) is an international government organization which was created to promote international cooperation between all the countries of the world. It came into being on 24th October, 1945. Every year, this day is celebrated as the UN Day throughout the world.

The United Nations began with 51 state members and the number has considerably increased to nearly 193 state members. According to Wikipedia, UN has its headquarters in the international territory within New York City. It has its other main offices in Geneva, Nairobi, and Vienna. This organization is financed by voluntary contribution from its member states. It also undergoes assessment by the members of the state.

UN’s primary mandate is peacekeeping. Whenever there is some problem, it tries to solve it through the cooperation of its members. The problem undergoes through a system. The system is based on five principal parts, which are the general assembly, the security council, economic and social council, the secretariat and the international court of justice.

However, in order to achieve the stated objectives, the UN has a set of principles such as all the member countries are sovereign and equal and should respect the right of other nations; they should settle their problems in peace without any threat or dispute and must support the organization in all its activities.

The noble objectives of this organization won itself the Nobel Peace Prize in 2001. A number of its officers and other agencies have also been awarded with the honor. The people reviews regarding this agency are mixed; some believe that the organization is important for peace and human development, while others believe that it is ineffective, corrupt, or biased.

Comparison between UN and UNO:

Hi Rocky! You are correct. The information has been updated, thanks!