Difference between Windows 8 and Windows 10

Key Difference: Windows 8 is known primarily for eliminating the Start Menu and incorporating the Live Tiles, something which they showcased on their Windows Smartphones. Windows 10 is the Microsoft’s latest attempt to unify the OS across all systems – laptop, tablet, Desktops and even smartphones. 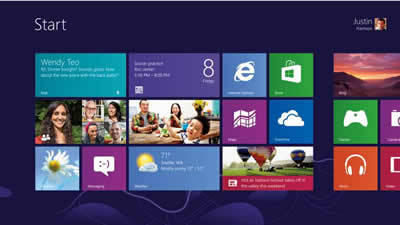 Microsoft is the leader in the Personal Computer segment with the highest number of sales on its Windows PC. The company has also forayed into the tablet and the smartphone segment, but is not yet doing so well in that department. However, it now hopes to turn the tables (or rather tablets) with its latest OS, the Windows 10.

For those who don’t know what that is – Windows 10 is the latest OS system for Desktops, Laptops, Tablets, Smartphones and even Xboxs. It is currently upgradeable for free (for the first year after its launch, after which it will chargeable) for users that currently have Windows 7, 8 or 8.1.

Windows 8 was the successor to the Windows 7, but did not garner the reactions that Microsoft wanted for its new line up. Windows 8 is known primarily for eliminating the Start Menu and incorporating the Live Tiles, something which they showcased on their Windows Smartphones. The Windows shell was designed based on Window’s "Metro" design language. It also included a new platform for developing apps with an emphasis on touchscreen input, integration with online services and Windows Store.

Windows 8 included a faster start up through UEFI integration and the new "Hybrid Boot" mode and a new lock screen that showed the clock and notifications. Windows Explorer also received a makeover, including a new name (File Explorer). SkyDrive was also provided with the system that allowed apps and files to be directly saved to the Cloud. Windows Store was the latest upgrade, where people could now purchase and download applications to their systems similar to Android and iOS.

Windows 10 is the Microsoft’s latest attempt to unify the OS across all systems – laptop, tablet, Desktops and even smartphones. Windows 10 was officially unveiled in September 2014, but was not released to the consumers until July 29th. For many countries certain features are still disabled. It is still considered to in beta form, with newer updates removing bugs as they come along.

Windows 10 expanded on the Windows Runtime platform introduced with Windows 8. In order to encourage people to upgrade to the system, the company has offered the upgrade to Windows 10 free for the first year after it launch to users of genuine Windows 7 and Windows 8. Windows 10 offers a whole new bunch of features such as the revisit of the Start Menu but it was upgraded and also incorporated the Live Tiles on the right side of the Menu. It also comes with Cortana, a voice activated assistant that is similar to Siri and Google Now. She can be used to open and close apps and even search the internet. 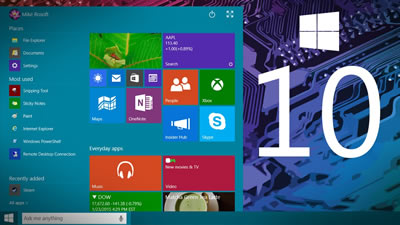 It also allows users to shift between multiple virtual desktops where the users can separate their lives into multiple desktops. These desktops can be accessed using the Task View button on the bottom panel of the system. After the makeover in the version 8, the Internet Explorer (aka File Explorer) is now Microsoft Edge, something similar along the lines of Safari by Apple. The company has also integrated support for biometrics to increase security with support allowed for fingerprint reader, retina scanner and face scanner.

Support is also added for Xbox, where gamers can now hook up their controllers with their laptops and desktops and start playing their games. There are also new versions of DirectX and WDDM to improve the systems graphics capabilities. Microsoft has claimed that Windows 10 is not a product but rather an ongoing service, as more updates are going to be continuously introduced in order to fix the bugs in the system. Also, there is not going be another Windows but rather this Windows is going to be updated in the future.

Comparison between Windows 8 and Windows 10:

it is an exciting

Are there any information about the license for Wins 10?