Key Difference: Music is a blissful art which is admired by almost everyone. Music can be divided into numerous categories based on elements, temperament, tone, etc. Some of the popular music types are – Jazz, Hip Hop, Rock, Blues, Country, R&B, Folk and Fusion.

It is very difficult to define music. However, it can be considered as a fusion of sounds and notes in such a way that it is soothing or desirable for the ears. It can be produced by different types of musical instruments. Simply, it refers to anything which has a pleasant sound. It is created for generating a lot of pleasure. The music reflects the profile of a certain time when it was created. It is affected by the environment, and thus is also valued for being a precious time bound but still timeless creation. This art fascinates many musicians and they give their soul for creating some good and unique music.

There are many types of music. But still we can consider some of the important one. This list includes some popular music like –

Jazz Music- This kind of music has its root in Southern United Sates. It originated as gospel and blues music of the Deep South. It is often identified by its strong and prominent meter. Its Pitch and timbre are often distorted in jazz and it also employs a vary degree of improvisations. The forceful rhythm of jazz has a broader scope as it is extended by every new artists of a specific generation. Buddy Bolden is considered to be the first jazz bandleader. It has many forms like Acid jazz, afro Cuban jazz, Chamber jazz, Continental jazz, Cool jazz and many more. 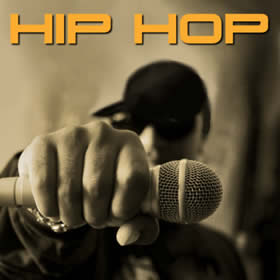 Hip hop – Hip hop is another famous music which gained momentum in South Bronx of New York during the 1970s. Hip hop and Rap are often used interchangeable, as in rap the music is excluded from hip hop and the verbal part is kept. Its elements are graffiti art, rapping which refers to uttering rhymes over a beat, and being a DJ. It covers a broad spectrum of Rap music covering rap styles like Commercial Rap, South African rap, Underground rap, etc. Vocalists like Ray Charles and Ruth Brown made it more popular during the 50s. 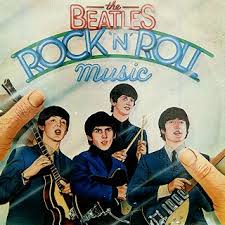 Rock and Roll – It is mainly a dance music which originated is 1950s. It is admired for its strong beat but simple melodies. Alan Freed, a DJ is credited for inventing the term rock ‘n’ roll with his radio program. It has evolved from combinations of music like blues, jazz, country music and gospel music. Elvis Presley is known as the king of Rock and Roll. Its beat is derived from a rhythm and blues boogie beat but with also an accented backbeat. It is often characterized by a basic drum beat which is usually 4/4 riffs developed by guitars, drums and vocals. It is synonymous with the rock style of 1950s. 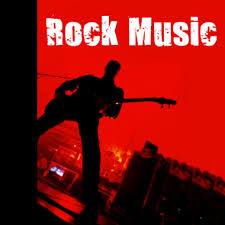 Rock Music – This has its root in rock and roll and pop music. It gained momentum during the 1960s. Rock and roll is derived from rock music, and therefore many times rock and roll form is considered to be the same as rock. Instruments like guitar, drums and bass are used with a strong vocal melody in rock style. It is usually created with a strong back beat. Rock music is nearly inseparable with guitar as it is played around the guitars mainly. During the 1960s, it combined with folk music for creating folk rock. This blending was further followed by blues to create blues rock and jazz to create jazz rock. There are numerous styles of rock music. In mid-1970, punk rock got introduced which was quite different from the original rock styles. It had fast tampered songs on electric guitars and was played with obscure lyrics. 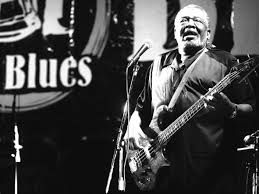 Blues – This music style is associated with the sorrow songs of the slaves. It has been the base for many types of music. It has been framed by the combination of African and western cultures, which took place in the Southern region of America. It took a toll on cities like New Orleans and Memphis. Usually, blues are sung by a person with his guitar. Themes like love, sex, drinking and bad luck have been some of the important themes associated with this style. W.C. Handy is considered as the Father of the blues. He copyrighted the Memphis blues. Blue note, which is a flattened or altered note, strikes usually at the 3, 5 or 7 degree of scale and is quiet important for the blues. It has many types like – jump blues, piedmont blues, delta blues and Chicago blues. 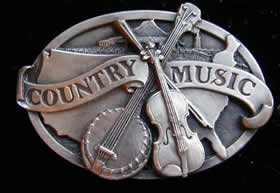 Country – This music has its root in Southern United States and Appalachian Mountains. This music developed in the 1930s and combined elements from a variety of music like Celtic music, traditional folk music, blues, gospel music and old time music.  It is a combination of styles tracing its roots in the folk dances and British ballad. This music is based on traditions and are usually developed around three chords with a basic plain melody.  Garth Brooks is known for his best-selling country songs. Country music is known for its simple chords and sentimental lyrics. It has numerous type like early county which is known for it simple arrangements and soothing harmonies. Bluegrass is another type of country whose name is based on the name of the band known as Bluegrass boys. This music initiated with mandolin and then is played with the dobra. Later, banjo and fiddle are played and the list continues. Jimmy Rodgers is known as the father of the country music. Country music is basically the hillbilly music. 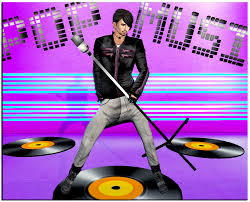 Pop Music – Pop stands for popular. This music has no particular set of rules to be followed to be placed in this category; still it is closely associated with rock and rock and roll styles. The essential requirement is that the music should be favored or liked by the listeners. This pop music is targeted for a wide audience. The commercial success of the music is also a parameter to judge a pop song. Pop music is characterized by its song made up of verse and repeated chorus.

R&B – It stands for Rhythm and Blues. The term is considered to be firstly used by Billboard magazine in the 1940s. This music has its root is blues and jazz, in addition of a heavy and persistent beat. The term R&B took the place of term race music. Rhythm of R&B is derived from the music’s requirements of 4 beat measures on bars and use of backbeat. On the other hand, blues is related to the melodies as well as the lyrics, which are usually filled with sorrow during its time of origin. Currently, the term is also used for African American urban music in not any specific manner. 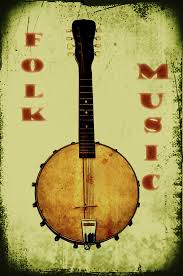 Folk Music – This music totally belongs to the traditions. It is often gifted from one generation to the next. Most of the tunes or music have unknown original authors. This music is powerful as it goes through some modification while passing through the generations’ where its memorable part further gets stronger. The term folk music is also used for a modern popular music which is based on the traditional folk music and uses guitars type instruments instead of traditional instruments. Folk music is known for its rawness and possesses a charm of being an entity of unknown origin. 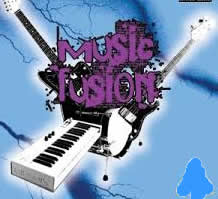 Fusion – This music genre is different from other types, as it includes all the genres which have taken their core elements from some other genres, and have combined these components to form a distinctive new style.It includes music like – Funk rock Gypsy Jazz and Gypsy punk. It provides the opportunity to use two or more music. Fusion music has its own identity different from its components’ original identity. This music is sometimes criticized for being revolutionary, however the creators and supporters of fusion music consider it as an important ingredient for creation and evolution.