Difference between Ale and Beer

Key difference: Beer is an alcoholic beverage made from fermented grains. Ale is a subcategory of beer. The main difference between beer and ale is based on their making and the fermentation of the grains used to make them. 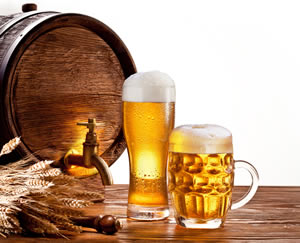 Beer is one of the oldest alcoholic beverages and is most widely consumed. It is the third most popular drink after water and tea. Beer is produced by the brewing and fermentation of starches which are mainly obtained from grains of cereal which are commonly known as 'malted barley'.

Beer is also made of other materials such as are wheat, maize and rice. Most of the time, beer is given flavor by adding hops during preparation. Hops, brings certain bitterness to the beer and helps in preserving it for a long time with natural abilities; other flavoring ingredients such as herbs and fruit are also used at times. Beer contains 4 to 6 percent of alcohol. Beer can be further divided into many different categories. The two main sub-categories are:

The difference between a lager and ale lies in the way the two are prepared. Beer is a part of the culture of many nations, where beer is drunk and is associated with social traditions like beer festivals which include pub culture, pub crawling, pub games and bar billiards. 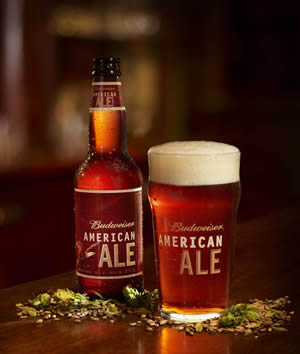 Ale is the one kind of beer, which is made with the help of brewing barley in the malted form. It is prepared by the use of warm fermentated vessels. The yeast is fermented at the top of the vessel; this process takes place at a considerably high temperature. This method helps the beer to ferment quickly and gives it a rich and bright taste. Also, ales tend to be aromatic. Some popular ale types are Pale ale, amber ale, pale ale, amber ale, etc.

The available ale drink includes the ingredient ‘hops’ in its preparation; 'hops' helps in the preserving the beer and also helps in imparting an herbal flavor, which is a little bitter in taste but helps to balance the sweetness of the malt in the drink. Traditionally, brewing process of ale was carried out in the caves of Germany, making it quite cool in the winter season to taste.

Comparison between Ale and Beer: