Difference between Atom and ion

Key Difference: Atoms are the basic units that all matter is made of and they are the smallest part of any object. An ion is any atom whose protons do not equal its electrons. 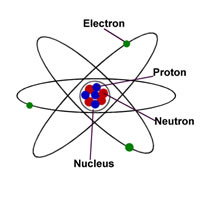 Atom and ion are two different terms that are a major part of chemistry. These two terms make up chemistry’s basic foundation and a person looking to understand how things are made up will find they will have to understand these terms completely. An atom is the smallest part of any object. An ion is an atom or molecule whose total number of electrons does not equal the total number of protons. It’s a bit confusing for learners until they get the concept down.

Atoms are the basic units that all matter is made of. Atoms are tiny, ranging from 0.1 to 0.5 nanometers in width. They are so tiny that they cannot even be seen through a microscope. There are many types of atoms. Each atom has a unique name, mass and size. The different types of atoms are called elements.

An element is a pure chemical substance that has one or one type of atom, distinguished by its atomic number. The atomic number is derived from the number of protons present in the element’s nucleus. There are a total of 118 elements that have been identified, divided between metal, metalloids and non-metals. Each element has its own set of properties. Most elements are available on the earth, while a few have been developed artificially through nuclear reactions. An element is already in its rawest form and cannot be further broken down. All of the elements can be found in the Periodic Table, listed by atomic number. 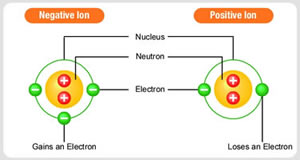 As you can see in the example, an atom of iron has 26 protons and 26 electrons. Each atom that has not created any bond will have an equal number of protons and electrons. Because an atom cannot exist freely in the natural world, they readily bond with other atoms that are available. When an atom bonds it either loses or gains electrons. If one atom bonds with another atom, one atom will have to lose an electron while the other atom will gain an electron. This gives the atom a positive or a negative electric charge. Atoms whose protons do not equal its electrons are ions.

Ions are created by chemical or physical means. There are two types of ions: cation and anion. A neutral atom that loses an electron is considered to have a positive charge because of a higher number of protons and is known as a cation. An atom that gains an electron has a higher number of electrons than protons and is considered to have a negative charge and is considered as an anion. An ion consisting of a single atom is an atomic or monatomic ion; if it consists of two or more atoms, it is a molecular or polyatomic ion.

Ions are highly reactive and they bond with ions of an opposite charge to become stable. Ions in a gas-like stage is flammable and are found only in small amounts on Earth, such as in flames, lightning, electrical sparks and other plasmas. Ions that are in liquid or solid state often interact and bond with solvents to become more stable. All ions are charged, which means they have a few main characteristics: they are attracted to opposite electric charges, repelled by like charges, when moving they travel in trajectories and they are deflected by a magnetic field.