Difference between Bamboo and Cane

Key difference: Bamboo is essentially a grass in the Poaceae family of grass. There are hundreds of species of bamboos; however, most bamboo timber is sourced from the Phyllostachys and Bambusa genera. Cane mainly belongs to two genera in the Poaceae family: Arundo and Arundinaria. Arundo is indigenous to the region between the Mediterranean and the Far East, while Arundinaria is native to the Americas. 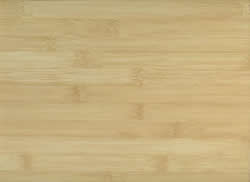 Essentially, bamboo and cane is the same thing. They are both grasses in the Poaceae family of grass.

There are hundreds of species of bamboos; however, most bamboo timber is sourced from the Phyllostachys and Bambusa genera. Most bamboo species are native to South Asia, Southeast Asia and East Asia.

An advantage of bamboos is that they practically grow up in 3 to 6 years, whereas trees may take up to 20 years to 70 years. Hence, bamboo is touted as being more environmentally friendly, as opposed to traditional woods.

However, a disadvantage of bamboo, especially as compared to traditional woods, is that it is has a very short natural life cycle and if not harvested in time it will perish, mainly by decay mold and fungi. Bamboo is also susceptible to insect attacks such as powder-post beetles, termites, and marine-borers.

As a grass, bamboo does not have sapwood, heartwood or growth rings. Its texture is uniform and will range from medium to fine depending on density. The color is generally pale yellow to almost white. Bamboo differs from wood as it has a hollow stem and lacks rays or visible pores. In order to process bamboo as a timber, the bamboo fibers are pulled, soaked and then pressed together with adhesives. However, as most bamboo is processed in its original country, the standards may vary. Hence, some manufactures may use cheap adhesives to process the bamboo, which may emit into the air and harm the owners. It is advisable to check the formaldehyde content of the material before acquiring.

It is also slightly difficult to work with bamboo, as it tends to split and pull out when being cross-cut. Furthermore, bamboo is very high in silica which may lead to dulling of blades and processing tools. 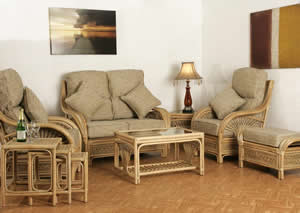 Cane mainly belongs to two genera in the Poaceae family: Arundo and Arundinaria. Arundo is indigenous to the region between the Mediterranean and the Far East, while Arundinaria is native to the Americas.

Cane has a flexible, woody stalk and it commonly grows in large riparian stands known as canebrakes. Cane has been used for ages specifically by tribes. However, the popularity of cane and its functionality has grown and cane is now commonly used to make furniture, boats, roofs, tools, walking sticks, crutches, judicial canes, and/or school canes. Cane is also often used to make ornaments, such as baskets and decorative bowls. Cane is able to accept stains and paint well, which allows for variations is the furniture and other pieces made from it.

The term ‘cane’ may also be used to describe furniture made of wicker. While, some forms of cane are also used as biofuel as they are easy to grow and can be replenished.