Difference between Being Alone and Being Lonely

Key Difference: Being alone is a positive state of mind where a person is content with being only with themselves. Being lonely is a negative state of mind where a person feels sad and upset at being left alone. Being alone is the state in which a person can be to calm themselves, recover and overall just be able to figure themselves out. Being lonely is a state that arises from a certain situation in a person’s life that leaves them discontent or heartbroken.

Being alone and being lonely are two different states of mind for everyone. They are never the same for any two people. Many people often confuse both of them as the same; however they are not. The problem with trying to differentiate between such terms is that it is often open to individual interpretation depending on how a person feels at the moment. Many experts claim that being alone is more of a positive feeling, while being lonely is a negative one. 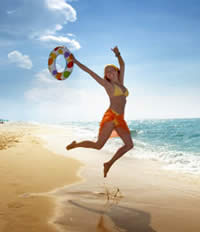 Any feeling is usually backed by a variety of different scenarios that make a person feel a certain way. It could be something the person saw, heard, felt, etc. The feelings are a byproduct of the hormones that are produced by the brain in response to a certain situation. Similarly, being alone and being lonely are two different situations and two different feelings.

Being alone is often associated with a positive state of mind where a person is content, blissful and happy being with just himself. It is the state in which a person can be to calm themselves, recover and overall just be able to figure themselves out. Being alone is when you can be truly alone and not consider it as a threat, instead see it as an opportunity to catch up with how you have been feeling lately and evaluate your feelings. When a person is usually alone they are often calm, collected and sure of themselves. The alone time is often used to evaluate one’s feelings, reaffirm emotions, deal with any issues and to have an inner conversation. The alone time is said to be the time when a person truly gets to know themselves and what they want. Being alone should leave the person in a calm state of mind. This is why it is often said that when a person is angry, they should usually be alone to gather their thoughts and sort out their feelings. 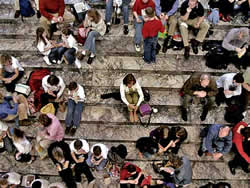 However, some people associate with being alone as being lonely. Being lonely is a state that arises from a certain situation in a person’s life that leaves them discontent or heartbroken. Situations such as divorce, break up, fight with a friend, betrayal, etc. could leave a person feeling helpless which could give rise to feelings of loneliness. Loneliness is believed to be a negative state of mind, where a person is not sure of themselves, is insecure, afraid of their true feelings, is not able to cope with the emotions around them, does not wish to talk to themselves and require a distraction. Many experts claim that the feelings of loneliness stem from the childhood of a person and their interactions with their family. Children that were not close to their parents are said to have feelings of being lonely more often, compared to children that are close to their parents. A person must face loneliness one time or the other in their lives; however the trick is that not to let it overwhelm you. It is a feeling that must pass and not dwell making the person feel more miserable.

How a person interprets their feelings and deals with them is entirely on them. A person can use the loneliness and convert it into feelings of being alone or a person can dwell on being lonely when they are truly alone. Being alone and being lonely are depended on the interpretation of the person dealing with the feelings. A person can be alone but not lonely, however, at times a person may not even be physically alone but still feel lonely.