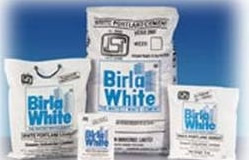 Birla White is India’s largest white cement producer and thus offers various products related to the cement. To start with Birla white cement; it is a white cement and can mix with other inorganic pigments. Its wash gives a shinny lustrous matt finish to walls and is used for various applications like smooth plaster, textured plaster, architectural finishes etc.  White cements are always known to produce very light shades of pastels, thus Birla White Cement also exhibits this property. This whitest white cement is considered of superior quality and is also know as a great value-for-money product. It is an important component in the finish of a wall and also plays a vital role in application of mosaic tiles and terrazzo floorings. Birla White Cement in wash is used as a primer coat for ceramic paints as well can be used as a filler for all minor hair cracks and crevices. 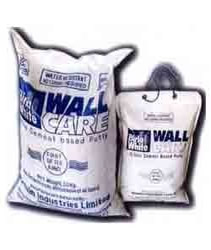 Birla White Putty is based on Birla White Cement. This putty is made for exterior and interior walls. It basically serves purposes like leveling of wall surfaces, and being a protective base for expensive paints and many more.   Coarse Putty is used to level the wall surface. Birla White Wallcare Putty is used for providing a protective base, especially for expensive paints. It prevents the paint from flaking. This putty is also used to fill pores in walls and ceilings. Birla White Wallcare Putty consists of Birla White Cement, high quality polymers, specialty chemicals and mineral fillers. For minor jobs, putty can be easily applied by a brush or with a spray. Putty is primarily used to fill cracks and surface imperfections. However, major cracks and dents need to be repaired with a cement-sand mix or by applying plaster of paris. It takes around 5-6 hours for drying. It should be applied with long size blades.

Sir my new home can you suggest me I am first use white cement or putty in wall.

How to use white cement plaster kindly suggest me immediately

Their is a gap between side wall and slope from the up side on slap and rain wateris comming inside the house. What can we do for this problem, pls suggest.

Sir which putty can be use external wall after plastring Or any cement like skim coat cement please let me know New home plaster already so now which product can be use On external wall for waterproof .smooth and shining

Sir my home is old and lot of holes on hole so what i use first i.e cement or putty

You should go for putty no need to do white cement.

is it good to apply white cement on walls before applying putty?