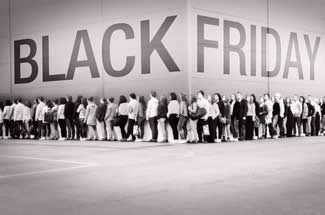 Thanksgiving is usually considered as the beginning to festive season that ends following New Years. Thanksgiving, in its traditional sense, is a day that families and loved ones gather around and celebrate all that they are thankful for this year. In a commercial sense, Thanksgiving is the week that starts the online shopping, with many people shopping for Christmas as well.

Around this time there are two days that are popular and commonly heard Black Friday and Cyber Monday. Both days are synonymous with hordes of people racing to get the biggest deals of the year. However, there is a difference between the two. These are two separate days and have different histories.

Black Friday is the Friday after Thanksgiving, usually the day right after Thanksgiving. Although, not officially a holiday, many states in the US give this day off as a means of a long weekend. It is considered as the biggest day for shopping and even start to official Christmas shopping. The name ‘Black Friday’ originated in Philadelphia, where it originally was used to describe the heavy and disruptive pedestrian and vehicle traffic which would occur on the day after Thanksgiving. There is also an alternate explanation that suggests the name refers to the ability of this day to put many companies in black or turn a profit. On this day, many companies open earlier than their usual timings, with many companies going as far as opening at midnight on Black Friday.

Cyber Monday is the Monday that follows Thanksgiving and did not receive any prominence until e-commerce had become more popular in the United States. This was a marketing term that was created in order to persuade people to shop online. The term made its debut on November 28, 2005, in a Shop.org press release entitled "'Cyber Monday Quickly Becoming One of the Biggest Online Shopping Days of the Year" Major online retailers, following Thanksgiving weekend offer heavy discounts on products online, causing a lot of people to shift from physical shopping to shopping online sitting on a comfortable computer. The deals on Cyber Monday are online-only and aimed for smaller retailers that cannot compete with the big retailers. Black Friday is the best day to get cheap deals on technology with nearly 85% more data storage deals than Cyber Monday. 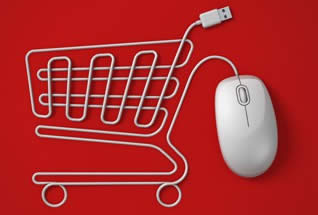 In today’s day and age however, the only main difference between these two terms is the day. Black Friday falls on Friday and Cyber Monday falls on Monday. Although, many people still follow the traditional sense and visit stores on Friday to avail heavy discounts, many people just shop online for whatever they want. Cyber Monday also offers store discounts, as well as online discounts. So, the line between the two has significantly blurred. Now the whole Thanksgiving week is often dedicated to shopping with many companies offering deals as early as the Monday before Thanksgiving.

However, many research companies have noticed a trend on shopping during these days. Looking at data from previous years, they claim that there are higher discounts on some departments on Thanksgiving, while other departments offer more discounts on Black Friday and Cyber Monday.