Difference between Cheque and Check

Key Difference: Both Cheque and Check are a type of document that is commonly used in Banking. Its primary purpose is to tell the bank to withdraw the amount from the drawer's account and to pay that amount to the payee. Cheque is used in British English, while check is used in American English.

Once such instance is the usage of Cheque and Check. Both terms are commonly used, they sound alike, they even look alike, and are often used in the same context. However, since two different spellings and words exists, logic dictates that there must be differences between the two. However, in this case, there is no actual difference between the two. The only difference is their spelling.

A cheque is a type of document that is commonly used in Banking. Its primary purpose is to tell the bank to withdraw the amount from the drawer's account and to pay that amount to the payee. The drawer is the person who signs the cheque and from whose account the money would be withdrawn from; basically he is the one who need to pay money to somebody else. The payee is the person who gets the money; they are the ones in whose name the cheque is make. 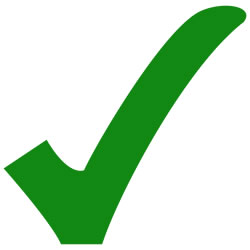 However, the term check also has a variety of different meaning which are not related to banking. According to the Oxford Dictionaries, some of these definitions are:

However, there is no other definition for cheque. Even in British English, the term cheque is only used in the context of banking and finance; in all other instances, including the ones listed above, check is used.

Comparison between Cheque and Check:

Hello. I happened upon this topic while looking up information on something else. It should also be added that 'Cheque' is not only the British spelling but it is what we use in Canada as well. A Canadian writes a cheque. Thank you.