Key Difference: Computer Engineering, also known as Computer Systems Engineering, is a course the combines Electrical Engineering and Computer Science that is required to develop a computer systems. Computer science, abbreviated as CS or CompSci, is an area of study that requires a scientific and practical approach to computation and its applications.

The unexpected popularity of the computer resulted in a lot of people wanting to learn the basics and the core of the computing system, everything from the software to the hardware and all its applications. Two courses were established in order to teach people about the computers, computer engineering and computer science. In today’s world, as computers are becoming the center of our civilization, a lot of popularity is being generated for the two different courses and many other courses that allow people to specialize only in certain aspects of computers. There is a lot of confusion regarding the two courses and students are confused as to what each course can offer and which one they should opt for. 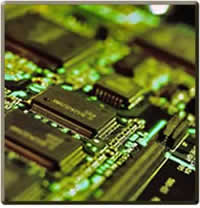 Computer Engineering, also known as Computer Systems Engineering, is a course the combines Electrical Engineering and Computer Science that is required to develop a computer systems. The first accredited computer engineering degree in the United States was established in 1971 at the Case Western Reserve University. Engineers are usually trained in electronic engineering software design, and hardware-software integration. The main focus on this degree is on the designing the individual microprocessors, circuit systems, computers, etc. The core of this degree is not only how computers work, but also how they fit into the bigger picture.

Computing engineering is divided into two main branches of study: software and hardware. Student can decided specializing in software, which includes writing codes and programs for systems or hardware, which includes microcontrollers, chips, sensors, etc. Computer engineers are also more suited for robotics research, which uses digital systems to control and monitor electrical systems like motors, communications, and sensors. Depending on the college, engineering students can specialize during their junior or senior year, while other colleges require the students to complete one year of General Engineering before being able to select computer engineering as their major.

Computer science, abbreviated as CS or CompSci, is an area of study that requires a scientific and practical approach to computation and its applications. A computer scientist focuses on the theory of computation and its applications. The study of computer science began even before the development of the first computer; it started with the development of machines for calculations such as the abacus. When it was clear that the computer were being designed for more purposes than just normal mathematical calculations, the field of computer science was broadened to study the computer systems that we have today. The first accredited degree for computer science was offered by the University of Cambridge in 1953 in the UK and by Purdue University in 1962 in the US.

Scientists focus on developing algorithms that can create, alter and change the data depending on what they would like. The commands that the computer follows are done by certain algorithm that tells it what to do. Computer science can also be divided into two specializations: theoretical computer science and applied computer sciences.  The theoretical science focuses on the classical theory of computation, along with other more abstract, logical, and mathematical aspects of computing. The applied computer sciences cover topics such as artificial intelligence, computer architecture and engineering, graphic designing, computing science, etc. It deals with mainly applications or additional programs.

Depending on the preference of a person, they can either choose engineering or science. One should keep in mind their interests and abilities when deciding between both courses. If a person is more interested in the architecture of the computer, they can opt for computer engineering. If a person is more interested in programming and the internal running of a computer, including algorithms and other programming abilities, they should opt for science.

This is extremely harmful fitness and health ny (Myles) will lead to loss of life if allowed to progress too far.

Because the early days, all internet-ready Macs have include some kind of firewall as standard.

Which yours affords relies on what version of OS X you're using.

To turn it on/off and change the settings, go to System Preferences > Safety & Privateness > Firewall.