Difference between Country and Continent 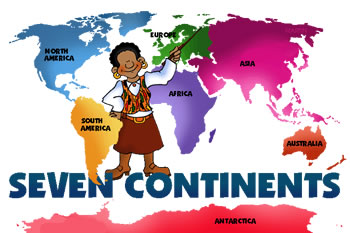 A continent is a large continuous landmass. It is a part of the Earth. There are seven continents: Asia, Australia, Antarctica, Africa, North America, South America and Europe. In most continents there are hundreds of countries. Australia and Antarctica are the two exceptions, since both countries are continents as well.

The term ‘continent’ is derived from the Latin word ‘continere’ which means ‘to hold together’. In geology, continents are described by the means of tectonic plates. Plate tectonics is the study of the movement, collision and division of continents i.e. continental drift.

Continents are considered to be large, continuous and discrete masses of land which are separated by the expanses of water. It is a land mass that is divided into regions, referred to as countries which are unequal in size. A continent is independent in nature and is just separated by geographical boundaries. In geology, the large area of land is defined as a continent and the large area is a reason for the less number of continents on the Earth. Continents are home to numerous countries in this world and countries in turn are home to many cities and towns. The people from the same continent may have certain similarities.

Many geologists believe that during the Mesozoic Era, all the continents were fused together, which created one super continent known as Pangaea. The size of Pangaea was three times larger than the largest continent i.e. Asia. They believed that this super continent began breaking apart 200 million years ago, and this process of breaking up created the seven continents which are present today. 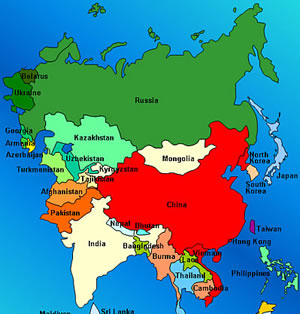 According to Wikipedia, a country is a region which is legally identified as a distinct body in political geography. The term ‘country’ has been derived from the Latin word ‘contra’ which means ‘against’ or that ‘lies against’. A country is a region that governs itself.

A country is a region that has a separate geographic territory. Countries are separated geographically, politically and culturally. Countries are home to many cities and towns. It is a nation with its own government. They have their own laws, constitution, military, police and a number of other institutions. A country has its own unique cultures and traditions.

A country can also be explained as a region that makes up a continent, as it is nothing but the continent being divided into unequal masses of land.

Comparison between Country and Continent: