Difference between Cryptography and Cryptanalysis

Key Difference:  Cryptography is the art of hiding messages by converting them into hidden texts. It is generally done in order to transmit a message over insecure channels. On the other hand, cryptanalysis is the art of decrypting or obtaining plain text from hidden messages over an insecure channel. It is also known as code cracking. 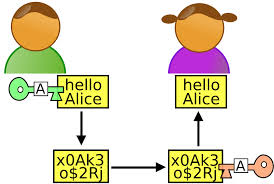 Cryptography works as an asset when it comes to hide information especially over an insecure channel. Today, most of the messages are communicated over net – like bank interactions and email communication. Therefore, it becomes the necessity of time to use the technique of hiding messages.

Cryptography converts a plaintext (message to be communicated) to a cipher text message by employing techniques of encryption. The process of obtaining a cipher text from a plaintext is referred to as decryption. This art of cryptography is an ancient art and the first documented use of this term in writing dates back to circa 1900 B.C.  Generally, there are three different cryptographic schemes which are used widely – 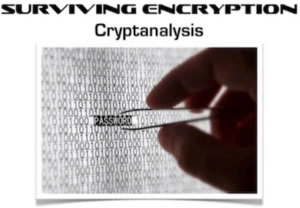 Cryptanalysis is the art which is associated with decryption of a cipher text into plain text. An unauthorized person tries to decrypt the message by eavesdropping into the insecure channel. It is also known as code breaking. This person is not bounded by any of the rules. He may use any of the methods in order to get the plain text. In this case, the person is now aware with the proper keys, and thus uses one or many of the cryptanalytic techniques. Some of the techniques are –

Classical ciphers are decoded by cryptanalysts by using methods like index of coincidence, Kasiski examination and frequency analysis. Modern attackers started with the attacks on the block cipher standard DES by using Differential and Linear attack in the 90s.

Therefore, cryptography and cryptanalysis are two different processes. In cryptography, a message is coded so that it becomes unreadable for people who can misuse the information. On the other hand, cryptanalysis is done by an intruder in ordered to decode the message.

Comparison between Cryptography and Cryptanalysis: