Difference between Cyberpunk and Steampunk

Key Difference: Both Cyberpunk and Steampunk are sub-genres within the genre of science fiction. Cyberpunk focuses on advanced technology and science, often highlighting computers and robots. Steampunk is set in a 19th-century industrial era with steam-powered machinery. 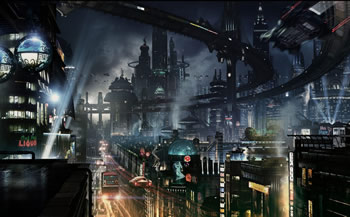 Both Cyberpunk and Steampunk are sub-genres within the genre of science fiction. What’s more is that both are related to technology and technological advances. Both have also inspired a varity of literature, movies, shows, amine, manga, video games, as well as music, fashion, art and design, and so much more. However, the two genres are quite different from each other, so much so that mistaking them in front of a fan can lead to making enemies.

Cyberpunk is a subgenre of science fiction that is set in a future setting. It focuses on advanced technology and science, often highlighting computers and robots, but not always. It also often showcases a dystopian society, one that has been decimated by war or technology, sometimes both. The social order in this dystopia is often broken down, or non-existent.

The major theme in Cyberpunk is the advancement of technology and its impact on human nature. It also often question free will vs. destiny, as well as reality vs. freedom. The story will often feature an anti-hero who is part of the system but must end up taking the law in their hands and solving crime, or fighting the system because it has wrong him or others and trying to find justice in an unjust world.

The world of Steampunk is often anarchist, with every man for himself. The importance here is on “what the past would look like if the future had happened sooner,” i.e. in the 19th century. The world may also be post apocalyptic where the society has re-developed and steam is the primary source of power. It may also be in an alternative fantasy world which employs steam power.

Comparison between Cyberpunk and Steampunk: