Key Difference: The Dell XPS 10 is a 10.1-inch tablet that comes with a keyboard Dock to make it into a laptop. The screen is an HD Display capacitive multi-touch screen, with 1366 x 768 pixels and an approximately 155 ppi pixel density. The sleek tablet has a metal chassis and has a rubber back for better gripping. The Galaxy Note 10.1 is a tablet computer designed and manufactured by Samsung. It features a 10.1-inch screen and is marketed as a platform for multimedia consumption including movies, music, and web browsing. The Note 10.1 also features the use of a stylus named the S-Pen. The Note 10.1 runs on Android 4.0. 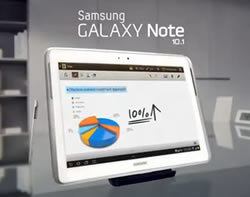 The information for the detailed table about the two phones has been taken from the Dell website, trustedreviews.com, notebookcheck.net, Samsung website and GSMArena.com.