Difference between Delusion and Hallucination

There are various different factors and circumstances in a person’s life that affects the person’s ability to think, make decisions and way of life. For example, a person that is constantly under stress may exhibit conditions such as short-temperedness and agitation, etc. The way of life as well as society norms constitutes a person’s ‘normal’ behavior. Two conditions such as delusion and hallucination that a person experiences that can also be induced by stress, depression, anxiety and medications. These two conditions are most commonly seen in a person that is suffering from schizophrenia. 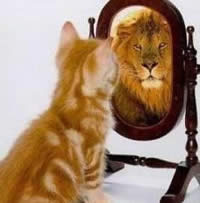 Delusion is a condition where a person holds on to a belief even if strong evidence suggests otherwise. These conditions are most commonly due to pathological illnesses. A person that is deluded believes in something strongly and no amount of evidence will put them off that belief. Delusions commonly occur in the context of neurological or mental illness, although they are not tied to any particular disease and have been found to occur in the context of both physical and mental states.

A person suffering from delusion usually shows paranoid feelings, will be short-tempered, will constantly insist one point over and over again; they may also be agitated and aggressive. They may also attack people and things if they believe that they may be harmed by the object of person. For example, a person may throw out the TV if they believe the radiation from the TV is harming them. People suffering from dementia, a medical condition, may feel that someone is living in their house, even if no one is there. The most common type of delusions includes grandiose delusion and persecutory delusion. A person suffering from grandiose delusions believes that they are God-sent and may have supernatural powers. They may also walk into traffic and jump off building believing that they won’t be harmed. Persecutory delusion makes a person believe that they are being spied upon, or plotted against, drugged or cheated.

There are different types of delusions such as, bizarre delusion, non- bizarre delusion, mood-congruent delusion and mood-neutral delusion, grandiosity, jealousy, persecutory, mixed, erotomanic, or somatic. Symptoms of delusion include  anxiety, fear, paranoia, change in mood, behavior, rate and continuity of speech, evidence of hallucinations or abnormal beliefs, thought content, orientation to time, place and person, attention and concentration, insight and judgment, as well as short-term memory. Various behavioral tests and professional medical personnel can help diagnose if a person has delusion and professional psychological and psychiatric can help a person cope with this condition.

Hallucinations are perceptions that take place in the absence of a stimulus. They are perceptions that happen in a conscious state in the absence of external stimuli and they have qualities of real perception, meaning that they are vivid and substantial. Other definitions of hallucinations include that it related to dreaming and happens when a person is not in a complete conscious state. These are actually dreams, however they are often misinterpreted as reality. 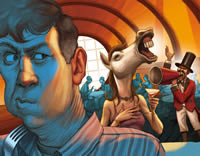 Hallucinations can occur in any sensory modality, including visual, auditory, olfactory, gustatory, tactile, proprioceptive, equilibrioceptive, nociceptive, thermoceptive and chronoceptive. There are mild forms of hallucinations which include seeing movement in peripheral vision, or hearing faint noises and/or voices. In paranoid schizophrenia, it is common for a person to hear voices, which may be praising them, scolding them or commanding them to do certain deeds. A person suffering from hallucinations usually sees things, hears things and talks to thing that may not exist. They are fidgety, constantly looking around, they seem scared and jumpy. The most common type of hallucination is auditory, where you hear things like footsteps or people talking (where no people are present). Another common hallucination is feeling sensations, such as crawling or tickling. Hallucinations are now commonly being used for recreational purposes; where certain types of drugs (LSD) are used in order to induce hallucinations for enjoyment.