Difference between Lion and Leopard 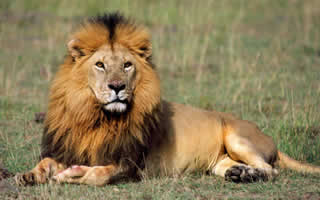 The lion’s scientific name is Panthera leo, and he mainly belongs to the Felidae or cat family. Their primary habitats are in Africa, with a few still living in the Gir Forest of India. Unlike most cats, lions are excellent swimmers and are the only members of the cat family with manes, though only the male lions have manes. Lions are carnivores, i.e. meat eaters; they hunt animals from ranging in size from small hares to large buffalo.

Lions live in grasslands and plains. Their tawny-colored coats act as camouflage. They are not jungle dwellers. Generally, the darker the lion's mane, the older he is. Cubs are born in litters of one to six, with two to four being the average number. Their average weight at birth is two to four pounds (one to two kilograms). 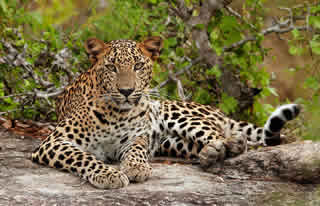 Leopards are small but powerful big cats. They are from the Felidae family. They are often confused with two other spotted cats, cheetahs and jaguars, but the fact is the patterns of spots in each species are different. A leopard and lion can roar. The primary difference between both the animals is that leopard has black marks in his body, while lion’s body is completely of fur. Lion are known as giant animals, and are also called ‘the king of animals’. Both are the big cats with similar genes, i.e. Panthera.

Leopards are physically powerful swimmers and very much at home in the water, where they sometimes eat fish or crabs. Lion's head is big, while leopard's head is small.

Comparison between Lion and Leopard:

I think lions are cool