Difference between Kilometers and Miles

Key Difference: Kilometer and mile are two different units of measurement of distances. One kilometer is equivalent to 0.621 miles. 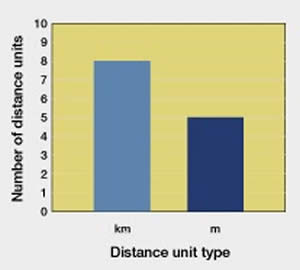 Miles is another measure of distance. It is considered to be a traditional unit for measurement. However, in the countries like U.S., etc., it is still used as the main unit for measurement of distance. It is originally a Roman unit which was earlier defined as 1000 paces of a Roman legion. The England distance system set the length of the mile at 8 furlongs in 1573. This length of a furlong was set by the early Tudor rulers and they defined is as equivalent to 220 yards.

Therefore, kilometer and mile are two different units for measuring distances. One kilometer is equivalent to 1000 meters, whereas one mile is equal to 1760 yards or 1.609 kilometers.

Comparison between Kilometers and Miles: