Difference between Dementia and Alzheimer

Key Difference: Dementia is an umbrella term that encompasses a broad category of brain diseases and illness that affect the cognitive abilities of a person. Alzheimer’s disease is a specific type of dementia, which is also the most common type of dementia. 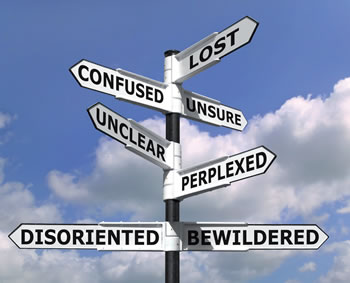 There is a lot of confusion regarding the terms Dementia and Alzheimer. Like with anything related to mental illness, and illness in general, there are vast misconceptions in the mind of the general population regarding terminology, differences, symptoms, treatments, and what not.

While many people consider Dementia to be a specific type of illness, the truth of the matter is that it is an umbrella term that encompasses a broad category of brain diseases and illness that affect the cognitive abilities of a person. While the impact on the brain in the early stages may be mild enough to dismiss, over time the effect intensifies enough to affect a person's daily functioning.

The symptoms of dementia are different in everyone. Not every person will have all the same symptoms or be affected by them in the same way.  However, the most common symptoms include memory loss, confusion, difficulty recalling events, difficulties making decisions, solving problems or carrying out tasks, difficulty in following a conversation or finding the right word for something, problems judging distances and seeing objects in three dimensions, losing track of the day or date, or becoming confused about where they are.

Dementia is primarily caused by damage to the brain cells that causes deterioration in brain cells and affects a person’s cognitive and behavioral abilities. This damage can be via anything, a disease, an illness, trauma, or even old age. The term ‘senility’ actually technically refers to symptoms of dementia.

However, Alzheimer’s is also a disease that causes the symptoms that are classified as dementia. Hence, it can be said that Alzheimer's disease causes dementia. The most common symptom of Alzheimer’s is short-term memory loss, that is, the ability to remember recent events. As the disease advances, symptoms can include problems with language, disorientation (including easily getting lost), mood swings, loss of motivation, not managing self-care, and behavioral issues. 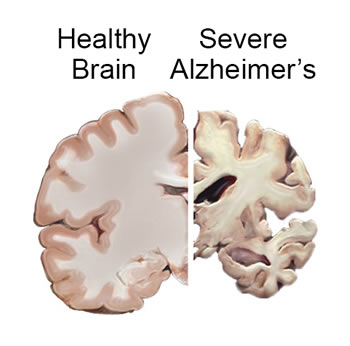 The medical community still does not know what causes Alzheimer's. In some cases, Alzheimer's is genetic, where it is caused by a genetic mutation in one of three genes: those encoding amyloid precursor protein (APP) and presenilins 1 and 2. However, these types of Familial Alzheimer's disease are rare and make up only 1% to 3% of Alzheimer's cases.

The classic way to diagnose Alzheimer's is via brain imaging techniques, such as MRI, PET Scans, and brain mapping techniques. These would show the physical symptoms of Alzheimer's, which is brain cell deterioration, as well as buildup of senile plaques in the brain.

There is no cure for Dementia or Alzheimer's. However, there are medications and therapies available that may delay or slow down the onset of the symptoms, or slow down brain deterioration. The success rate of these medications and therapies vary. There is also no way to find out who is at risk of developing Dementia or Alzheimer's unless it is genetic.

Comparison between Dementia and Alzheimer: