Difference between Detergent and Washing Powder

Key Difference: Detergents are surface active agents and generally made from petro- chemicals, whereas washing powders are powdered form of detergents that are generally used for washing fabrics.

Even in the ancient times, chemical additives were used for cleaning purposes. Egyptians used to add ashes and silicates to soften the water. The first detergent is considered to be the soap. But, as the soap was considered relatively ineffective therefore, later it got replaced by branched alkylbenzenesulfonates as detergents. 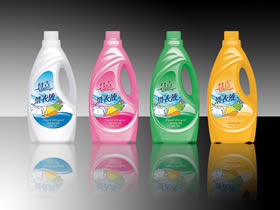 Detergents and washing powders are very important part of our modern living culture. The dirt and stains can be easily removed in less time with the help of these detergents. Some may get confuse between the two terms but, there is a slight difference between a detergent and a washing powder. Detergent refers to a broad category of surface active agents used for cleansing purposes, whereas washing powder is a detergent in form of powder.

Oxford Dictionary defines detergent as ‘a water-soluble cleansing agent which combines with impurities and dirt to make them more soluble, and differs from soap in not forming a scum with the salts in hard water’

Oxford Dictionary defines washing powder as ‘detergent in the form of a powder for washing clothes, bed linen, etc.’

Washing powders are generally mixtures of substances including active detergent, water softener and enzymes. It serves the purposes like cleaning, softening of hard water, 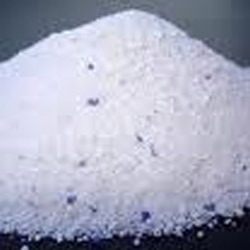 removing of coloured stains, removing food stains, etc. Most of the dirt is removed by the detergents when they are used with hot water. However there are also some advantages of washing at low temperatures. Today laundry detergents are found in various forms:-

There are several types of detergents: anionic, nonionic, cationic and amphoteric. Anionic detergents act just like soaps chemically. They are powerful cleansers and can build high foams. However, anionic detergents can be deactivated in the presence of acids, and thus they are mixed with alkalis such as Borax or sodium carbonate and perhaps cationic or nonionic detergents are also not affected by the acids as well. Alkalis act as "builders" in detergents and assist in raising the level of pH. When this level of pH rises, then it also leads to softening of water.