Difference between DNA and Genes

Key Difference: DNA, short for Deoxyribonucleic acid, is a molecule that encodes the genetic instructions that is used for the development and functioning of cells in a living organism and many viruses. Genes are molecules that are coded with heredity information of living organisms.

The term ‘DNA’ and ‘gene’ are related to each other and are responsible for the cellular function in a human body. However, these differ from each other in many ways. Both these terms are often used in biology and microbiology and are related to the genetic formation of an organism. DNA and genes are what makes each person individual as they contain hereditary information regarding a person’s genetic makeup. 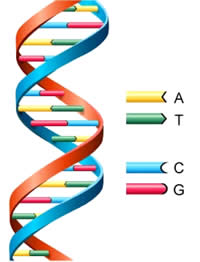 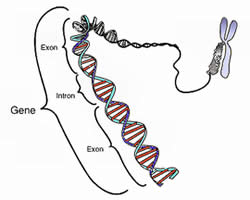 Genes are molecules that are coded with heredity information of living organisms. The name refers to stretches of some DNA and RNA that hold codes for hereditary information of an organism. Genes are important as they carry all the information that is required to build and maintain an organism’s cells. It is also responsible for passing the genetic information from the parent to the offspring. Carlson’s The gene: a critical history defines “a hereditary unit which occupies a specific position (locus) on a chromosome.”  Other definitions include “a unit which has one or more specific effects on the phenotype of an organism;” “a unit that can mutate to various alleles;” and “a unit which recombines with other such units.” All of these are traits of genes. Modern definitions separate gene into two categories: genes that are transcribed into mRNAs, which are then translated into polypeptide chains and genes whose transcripts are used directly.

When we talk about good genes or hair color genes, we are actually referring to an allele of that gene, which is actually an alternative form of a gene. Genes are forms of DNA that carry instructions for the cell of what proteins the cell will produce and require. Pearson defines gene as, “a locatable region of genomic sequence, corresponding to a unit of inheritance, which is associated with regulatory regions, transcribed regions, and or other functional sequence regions.” Half of the genes are acquired from one parent, while the other from the other parent. This is why one child may resemble the mother, while the other would look like the father. Genes are passed on the offspring during the passing of the chromosome, which houses DNA and genes. Genes defines the way our body works and what it produces. Hence, the genes affect our eye color, hair color, skin color, looks etc.

The genes are encoded in the DNA, which are then transcribed into RNA, which is similar to DNA but has ribose sugar monomers, instead of deoxyribose. RNA also contains uracil instead of thymine. RNA molecules are less stable and are often single-stranded. Genes are composed in a series of three-nucleotide sequences known as condons. The genetic code species the correspondence during protein translation between condons and amino acids. The genetic code is nearly the same for all living organisms. The human genome consists of over 20,000 genes.

DNA and genes play a great part of how the cells in a person’s body works and any differentiation is known as cell mutation or gene mutation, which results in some changes that are not common in human beings. This mutation plays an important part in evolution or could cause the whole species to die. The survival of the mutation depends on how the person will interact with the surroundings.