Difference between Doberman and Labrador 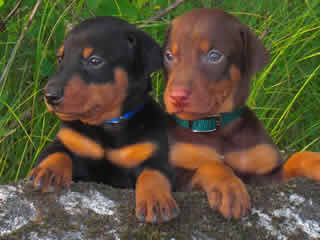 Doberman, officially known as Doberman pinscher, is a strong, muscular, and compact built is a domestic breed of dog. The name ‘Doberman’ was originally developed by Karl Friedrich Louis Dobermann in 1890, in Germany. Doberman Pinschers are among the most common of pet breeds. The breed is well known as a bright, alert, and truthful companion dog. Previously, it was widely used as a police dog, but it is less common today.

Dobies are very speedy dogs with some overexcited skills, which very few breeds of dogs possess. They save their master's life whenever needed, and they live only to serve their masters. Dobies are known because of their obedience. They engage a quick relationship with each family member and easily become a family member themselves. 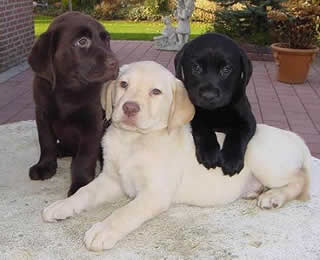 Labrador, officially known as Labrador retriever, is a bred to be both a gracious companion and a useful working dog breed. Labrador aka Lab, is one of the even-tempered and most well-behaved dog around children. Labrador Retrievers, originally from Newfoundland, were initially used in work at the side of fisherman, helping to pull in nets and catch fish that runaway from fishing lines. For that reason, they are efficiently known as a retriever, with a stable temperament suitable for a variety of activities beyond hunt.

Labs breeds come in three popular colors, such as yellow, chocolate and black. They are the most popular breeds of dogs in USA, UK, Australia, Canada and New Zealand. Labs dogs have an excellent and reliable nature. They crave human leadership and wait for the change to be one of the family members very soon. One role has remained constant amongst them and that is wonderful companion.

Comparison between Doberman and Labrador:

What do you mean lab tails are too curved? Also, some labs are aggressive. I've got one now who is a big time guard dog. But with us he's a big sweety. I love both breeds but prefer labs because of their do-anything, go-anywhere virtues. Try taking a doby to a park (see fear from others), for a swim (compared to a lab), in the cold (they shiver), etc. Labs are the dogs winning the long distance jumping contests. They are powerfully muscled and very strong. This should also be mentioned.

Yeah that is somewhat true. But you have to understand that in the Doberman breed (same as with any other working breeds) you have American and European lines. The difference is, that most Euro lines have still the ability to work, but the American lines they are more for a family pet (some americans want a Lab in a Dobie suit :P). With true Euro working lines, a Doberman could easily beat a Lab in swiming, as for the cold issue, working Dobies dont have a problem with that (doesnt mean they should be let outside forever). I ve had Dobermans for the last 30 years. Ive had Euro show and working lines. They both make great family pets, but not everyone can handle a full Euro working bloodline. Ive also had 1 AKC Dobie, he was great and I loved him to death and still miss him, but he was really a different type, because the AKC standards have pretty much ruined the Doberman and most working breeds.