Difference between DSL and Cable

Key difference: DSL connects to the net by using the local telephone network, whereas, the cable internet access uses the cable connection.

Digital subscriber line (DSL) and cable are different methods of connecting to the internet. Both are considered high-speed broadband connection. DSL connects to the net by using the local telephone network, whereas, the cable internet access uses the cable connection. However, there are distinctions on each type of access.

DSL uses higher frequency bands on the telephone line to transmit data. This means that the same telephone line can be used to make calls and to connect to the internet simultaneously, as oppose to the traditional dial up connection, where you had to do one or the other. However, to get a good DSL connection, one needs to be close to a telephone hub, meaning that DSL is not available in all areas. Cable internet, on the other hand, uses the cable connection to transmit data. This means that is necessary for a person to have a cable connection before getting cable internet. Also, DSL requires a DSL modem to connect to the internet, and cable requires a cable modem. 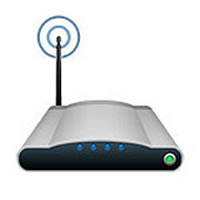 However, to offset the cost of a high speed connection, both DSL and cable offer consolidated packages, i.e. DSL offers a package deal for a phone and internet connection, and cable on cable TV and internet. They consolidate the services on a single bill, in order to offer savings and to entice the consumer to pick their service instead.

Further detailed comparison is as follows: